It will take over the ‘Roseanne’ Tuesday 8 p.m. time slot 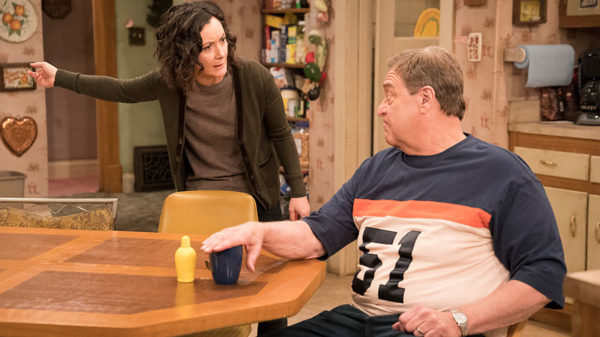 Three weeks after ABC abruptly canceled its top-rated series, Roseanne, the network has finally found a replacement show: a spinoff of the sitcom starring everyone but Roseanne Barr, whose racist tweet caused the show to be shelved in the first place.
.

ABC announced today that it is picking up The Conners straight-to-series with a 10-episode order, and the spinoff will air on Tuesdays at 8 p.m., in the slot originally earmarked this fall for Roseanne prior to that show’s cancellation. A premiere date and additional cast will be announced later.

The new series, The Conners, will focus on the other members of Roseanne’s TV family: Dan (John Goodman), Jackie (Laurie Metcalf), Darlene (Sara Gilbert, who was an executive producer on last season’s revival and will also executive produce the spinoff), Becky (Lecy Goranson) and D.J. (Michael Fishman).

Those cast members said in a joint statement: “We have received a tremendous amount of support from fans of our show, and it’s clear that these characters not only have a place in our hearts, but in the hearts and homes of our audience. We all came back last season because we wanted to tell stories about the challenges facing a working-class family today. We are so happy to have the opportunity to return with the cast and crew to continue to share those stories through love and laughter.”

The network said that Barr “will have no financial or creative involvement in the new series,” and that executive producer Tom Werner and Barr have reached an agreement that will allow Werner Entertainment to produce the spinoff without Barr’s further creative or financial participation.

“I regret the circumstances that have caused me to be removed from Roseanne. I agreed to the settlement in order that 200 jobs of beloved cast and crew could be saved, and I wish the best for everyone involved,” Barr said in a statement.

READ MORE OF THE STORY  HERE  AT AdWeek.com