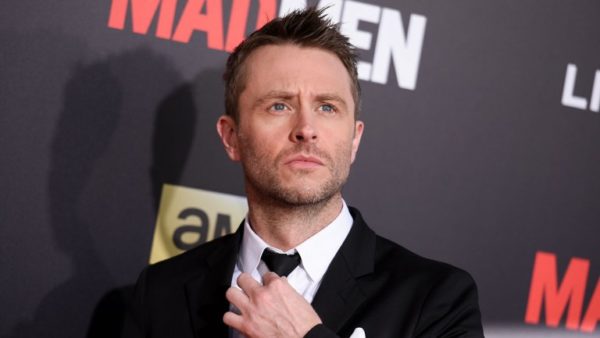 The decision comes one day after Hardwick’s ex-girlfriend, Chloe Dykstra, claimed he sexually assaulted her.

AMC has been under pressure to pull Hardwick, a long-time host for the network, since Dykstra’s accusations first came to light. In a lengthy essay posted to Medium late Thursday, the actress shared disturbing allegations from a relationship with a man who was believed to be Hardwick, accusing that man of abuse and sexual assault. She did not name Hardwick in her post.

Still, Hardwick was swiftly scrubbed of all references from the website he co-founded, Nerdist, the following day. Hardwick is CEO of Nerdist Industries, though the company said he had no operational involvement in recent years. Legendary Entertainment acquired Nerdist in July 2012 and said it was investigating the claims.

Hardwick addressed the allegations directly later that night, saying he took the day to consider how to respond. Denying the claim of sexual assault, he said, in part, “I’m devastated to read that she is now accusing me of conduct that did not occur. I was blindsided by her post and always wanted the best for her. As a husband, a son, and future father, I do not condone any kind of mistreatment of women.”