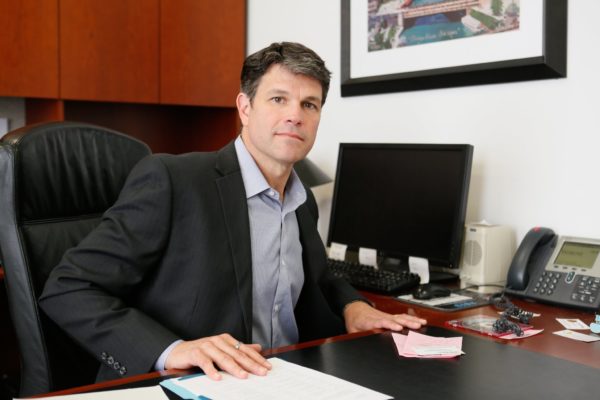 WGN Radio station manager Todd Manley is charged with overseeing the transitions while not missing a beat with listeners.

Change is in the air at WGN-AM 720 as the news-talk station vacates its longtime home in Tribune Tower and prepares for new ownership as part of Sinclair Broadcast Group’s pending acquisition of parent company Tribune Media.

Todd Manley, 55, a veteran Chicago radio executive who was named WGN station manager in December, is charged with overseeing the transitions while not missing a beat with listeners.

With Tribune Tower sold for redevelopment, WGN Radio is leaving behind its street-level studio on North Michigan Avenue and relocating one block south to an 18th-floor perch at 303 E. Wacker Drive. Target date for the completed move is June 15.

Q: How do you relocate your studios without on-air disruption?

A: Our engineering team has developed this plan where we could have some studios active at the new site and some studios still active at the tower and slowly but surely peel back to the very last show at the showcase studio on Michigan Avenue.

Q: How has your staff responded to the imminent move?

A: It was tough on people because they were sentimental about the tower. It’s such a Chicago institution. But what we discovered is people started to get excited about being involved in the process.

Q: What’s the impact of replacing the street-level showcase studio with a bird’s-eye view of the city from your new “skyline” studios?

A: It is a change for fans. Michigan Avenue has become such a global tourist destination … and people love that idea of walking by and seeing the names and the faces of the people that they know. What we’ve traded in for is the perspective the hosts get. Up here, you feel like you’ve been dropped in the middle of the city.