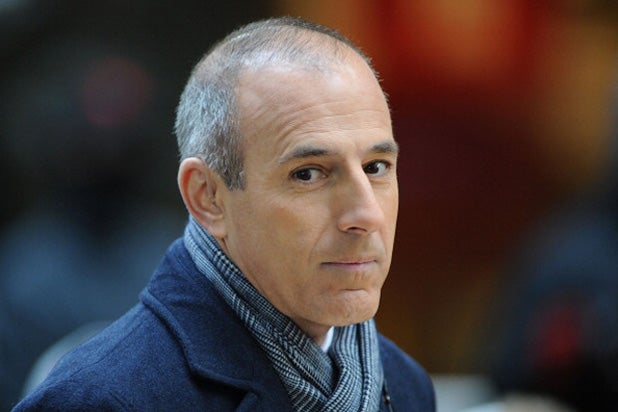 The report, which came after an internal investigation from the company, said that neither management nor H.R. had any knowledge of Lauer’s transgressions before Nov. 27, 2017.

NBC’s decision to employ their own general counsel, Kim Harris, to spearhead the investigation raised questions from many about whether the results were suspect. (Harris reports to NBCUniversal CEO Steve Burke.)

“Two outside law firms, Proskauer Rose and Davis Polk have reviewed the methodology, findings and conclusions and given their stamp of approval,” a spokesperson told TheWrap.

“I’m just going through the report now but I can tell you I have two sources who were in management that knew of Lauer’s sexual predation,” he said on Twitter. “That’s not to say they were interviewed by NBC’s team or that they were forthcoming when interviewed but just want to note that some people knew.”

Free Beacon reporter Alex Griswold tweeted: “Matt Lauer was one of the few ‘open secrets’ where I, some nobody a city away, had heard whispers of it. The notion that NBC management hadn’t is ludicrous.”