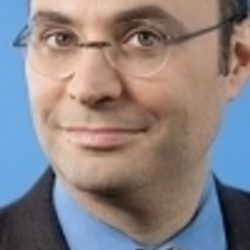 At Fox Broadcasting, cutting a check to star producer Ryan Murphy, the backer of popular series like “9-1-1” and “Glee,” may be an easier task than cutting back on TV commercials.

The 21st Century Fox-owned network has spent several weeks telling top media buyers that it intends to enact a massive 40% reduction in the number of TV ads it runs during its Sunday primetime schedule, the better to engage a generation of fans of “The Simpsons” and “Bob’s Burgers” who don’t have to deal with the same number of commercial interruptions when they interact with Netflix or Hulu. Now, some of those details may be in flux.

Fox still expects to offer a night with a reduced advertising schedule, according to executives and media buyers familiar with the plans, but it may be on a different night of the week.  Fox is also discussing a concept called a “Fox Block,” or a long form commercial that might run before or after a Fox show and could last up to six minutes. Media buyers, who have been talking to Fox in preliminary discussions leading up to the industry’s annual “upfront” ad sales negotiations, said executives had pitched the new ad concepts as if they were ready.

But doing all this isn’t done with a press release and a snap of the fingers. Yanking the bulk of commercials from a rotation represents a reorganization of many long held structures that govern TV. Showrunners might have to tailor the flow of dramas and comedies to accommodate a different number of ad breaks. Transitions between programs could be affected, as could the number of promos a network runs on its air to tout other series and events.

One idea Fox has considered is sure to raise eyebrows. The network has mulled several ways to make use of local ad time, inventory normally allocated to affiliates, so as to reduce ad interruptions in primetime, according to people familiar with the matter. Local time is likely to remain in the broadcasts, one of these people says, and Fox expects to talk to stations about its plans. NBCUniversal, meanwhile, has no plans to cut local ads from its primetime schedule, a person familiar with the matter says, even as it sets about to run fewer commercials.

READ THE REST OF THE STORY  HERE  AT Variety.com