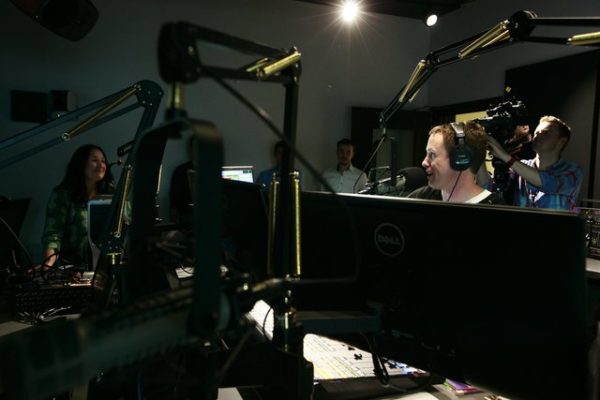 DJ Cheryl Waters, left, and DJ John Richards during their first broadcasts inside the new KEXP studios at Seattle Center in 2015. (Erika Schultz / The Seattle Times).

It is believed to be among the largest bequests to an individual station in public-radio history.

Here’s all we know: Her name was Suzanne. She was generous with her money. She wanted to remain anonymous. And she loved music.

So much so, that before she died, Suzanne made the largest-ever philanthropic gift — just under $10 million — to Seattle radio station 90.3 KEXP FM.

It is believed to be among the largest bequests to an individual station in public-radio history, save for a $200 million donation made to National Public Radio by Joan Kroc, the widow of McDonald’s founder Ray Kroc. (That donation included $5 million to her local NPR station in San Diego.)

“I was shocked and started crying,” Troutman said. “The thought that she would do this is mind-blowing to me. (Suzanne) had shared with me once or twice, kind of casually, that she had made plans for KEXP in her estate.
.

“But she was young and I said, ‘Oh, that’s amazing. Thank you very much.’ I didn’t think that it would come when I was here.”

Troutman called the gift “transformational. It changes our whole landscape. I still get goose bumps every time I think about it.”