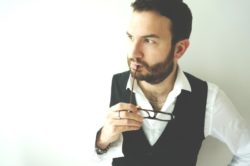 Take that judgement out of here!

I’m often asked what the greatest mistake I see during concept sessions is. The answer is judgment. Judgement has no place in coaching. I find it interesting how some managers wear their job title like it’s a badge – a badge that allows them to make assumptions and judgments about those they manage. These managers don’t think twice about judging the work, intent, effort and/or performance of others. I heard one employee recently refer to their boss as the CJO; chief judgement officer! That’s definitely not a nickname anyone wants.

When asked why judgement has no place in coaching, I like to recount a story I had a front row seat for…

A manager had asked me to be in the room with them as they gave a member of their team some constructive feedback. It seemed like a simple and straight forward request. It also meant I could avoid a budget meeting so I didn’t hesitate to say yes. I sat unassumingly, and a little disengaged, on the manager’s couch as he began to speak with his employee. It took just a matter of seconds and three quick sentences before the room was charged with emotion. I was completely blindsided by what had happened. The employee’s face was red with rage, their arms flailing around in anger. The manager had, in response, leapt to his feet in an awkward attempt to assert his dominance. More awkward was the hands on hips stance the manager had settled upon. Their raised voices boomed loudly, causing an echo that rippled down the hall for everyone to hear. Suddenly, that budget meeting didn’t look so bad!

What had the manager said that caused this situation to explode with emotion? It had nothing to do with the content he was attempting to share; the employee wasn’t getting fired or being told some devastating news. In fact, the manager had every right to be drawing the employee’s attention to the area of concern. The content shouldn’t have caused this kind of nuclear meltdown. So, if it wasn’t the content, what was it? Thinking about it after things had calmed down, I realized it was what the manager had said that had changed the way their message was heard.

“You aren’t as committed to your work as you used to be and you are making lots of mistakes.”

Uh-oh! That statement was dripping in judgment. Making a judgement about someone else serves only to trigger an emotional response. “Excuse me! How dare you tell me I am not as committed to my work as I once was? Who the hell do you think you are?” You, as the manager, may be right in your observation, but you can’t deliver the message from a place of judgment without causing the other person to have a defensive response. Unfortunately, once the other person has moved into an emotional state, your message is likely to go unheard until the emotion is dealt with. Sometimes, that is easier said than done.

For feedback to be heard it needs to be free of judgment and opinion.

If you want your message to be heard, the language you choose to use during the delivery is crucial. Your language choice will help to keep emotion out of the conversation so you can focus on the content. The only way to do this is to use the word “I” and frame the feedback from your perspective.

When judgement creeps into coaching it elicits an emotional response. Barriers come up within the coachee. They close themselves off to their manager – after all, it feels like the manager is ‘out to get them.” Judgement feels like an accusation. When presented with judgement we become defensive. When we are defensive, we are not open to what might be. We’re cemented in the moment.

Judgement leads to negative emotion and that never leads to clarity of thought. Judgement is to coaching what kryptonite is to Superman.

Paul Kaye is Vice President, Product and Talent Development for Rogers in Canada.  Paul spends his days working with stations and talent across all formats with a sole focus on helping improve performance and growing the business.  Prior to being at Rogers Paul held the role of National Talent Development Director for Newcap Radio and also a Group Programming role in England.  Paul is a certified coach and is passionate about helping individuals, teams and organizations reach their greatest potential, which is the fuel behind his other project The Talent Lab. Paul lives in Toronto with his wife, 2 dogs and a cat – life is never quiet!  You can reach Paul at [email protected]