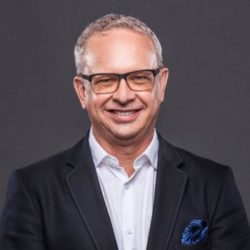 Brad Phillips, who has deep roots in broadcast management in both Vancouver and Victoria, and who has been VP for Corus Radio West since April 2016, has been promoted to be the Vice President and Head of FM Radio for Corus Entertainment.

His impressive 40-year plus broadcast history is detailed thusly at the Vancouver Broadcasters website: