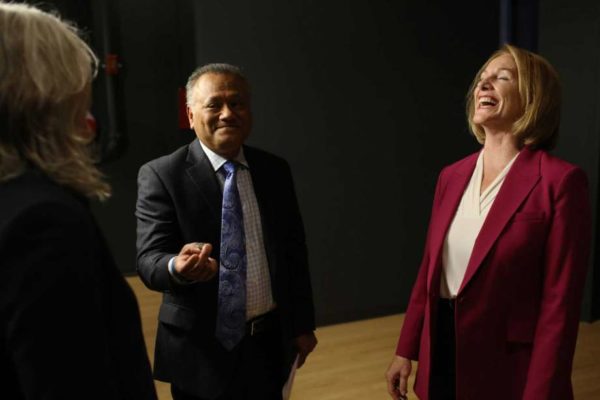 The retirement of the Wapato, Wash., native ends a 42-year career in Seattle broadcast journalism. Cerna began work in 1975 as a news reporter and anchor at KOMO Radio, and then moved to KOMO-TV and KING-TV before going to KCTS.

Cerna has been the winner of nine Northwest Emmy Awards.
.

“I’ve had the opportunity to cover the important issues facing our region, to meet people from all walks of life and to tell their stories,” Cerna said in announcing his retirement. February 9 will be his last day at KCTS.

Cerna is known for producing quality work on a shoestring, exemplified by his deeply personal 2013 documentary “Latinos:  The Changing Face of Washington.”  It embraced the migration of his parents from Mexico in 1946, with reporting on how immigrants have pursued and realized the American dream.

He long hosted the KCTS Connects program. For years, Cerna played ringmaster for a round table of journalists and political junkies, keeping order with such pungent personalities as former Republican state chairman Chris Vance and feminist Democratic consultant Cathy Allen.
.