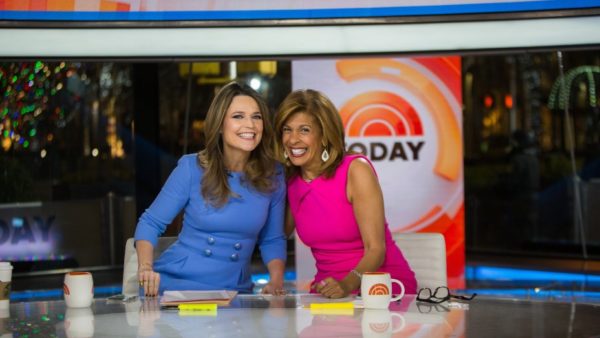 Kotb has been filling in since Lauer was fired on Nov. 29, helping the show to high ratings.

Hoda Kotb has been named co-anchor of the early hours of the Today show, joining Savannah Guthrie, the NBC morning show unveiled Tuesday. Kotb will replace Matt Lauer in the seat.

Kotb has been filling in for Lauer since he was abruptly fired on Nov. 29 for “inappropriate sexual behavior.” With Guthrie and Kotb co-hosting, the morning show has consistently led the competition in total viewers, leading some to suggest that Kotb’s role be made permanent.

The announcement of her appointment as Lauer’s permanent replacement was made early Tuesday by NBC News chairman Andy Lack and announced on the air. “This must be the most popular decision NBC News has ever made,” Guthrie said.

“I’m pinching myself,” Kotb said. She also celebrated the news on Twitter using the hashtag #SavannahHodaTODAY. “I think that we should send some medics to Alexandria, Virginia, where my mother has likely fainted” after hearing the opening of the show, she said.

Guthrie and Kotb will form the first all-female anchoring duo of Today but won’t be the first all-female team on a national morning show. Diane Sawyer and Robin Roberts co-anchored Good Morning America on ABC from 2006-2009. In addition to co-hosting the 7 a.m. and 8 a.m. hours, leading into Megyn Kelly’s hour, Kotb will continue co-hosting the 10 a.m. hour of Today with Kathie Lee Gifford, which she has been doing since 2008.