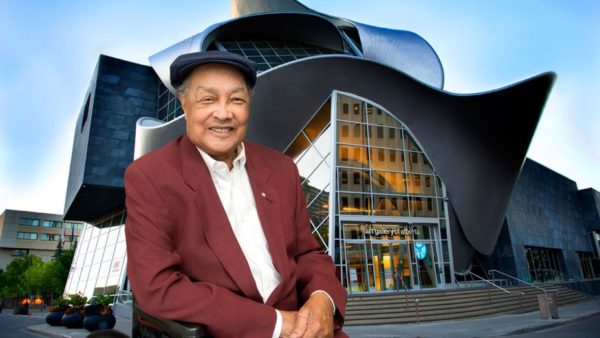 Fraser was cited as Canada’s first black broadcaster when he was inducted into the Order of Canada in 1991.

Fil Fraser, who worked as a broadcaster, writer, radio, TV and film producer over five decades, died on Sunday of unspecified causes. He was 86 years old.

“Fil Fraser was a great Albertan whose storied career made him a national treasure and a living legend,” Michael Jorgensen, board chair of the Alberta Media Production Industries Association, said in a statement Monday.

Fraser’s son, Dave Dutton-Fraser, on his Twitter account late Sunday praised his late father: “He was a great man who taught me many things. I can not and will not even try to express my sorrow, but will leave you these links so you can understand it is not my loss alone.”

Born Felix Fraser in Montreal’s East End in August 1932, the Canadian media pioneer cut his teeth in high school radio before in 1951 joining radio station CKFH in Toronto, then run by Foster Hewitt, best known for his play-by-play calls for Hockey Night in Canada.

Legend has it, Hewitt handed Fraser a script and told him to read it. Five minutes later, Fraser was hired to do the night shift. He went on to work at radio stations in Timmins and Barrie, Ontario, and in Verdun and Montreal in Quebec.

From there, Fraser moved in 1971 to the CBC TV station CBXT-TV in Edmonton, where he co-anchored the local supper hour news program from 1971 to 1973, before hosting ITV Television’s Fil Fraser Show. Besides doing radio and TV work in Edmonton during the 1970s, Fraser also ran his own indie production company.