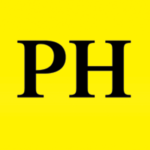 Instead of serving up tunes and banter, a popular Penticton morning radio show host will soon be dishing out plates of pasta.

Randy Farmer has announced he’s leaving Sun FM after 16 years with the station. His last shift is Dec. 1.

“I will definitely miss it, but this is the right time in my life for a change,” he said Wednesday.

The 49-year-old plans to continue doing business as a private DJ, but is also taking on a management role at The Pasta Factory restaurant.

While seemingly worlds apart, Farmer doesn’t see the two businesses as that different.

“You’re dealing with people day in and day out,” he said.

Farmer, who grew up in Bellingham, Wash., spent 16 years at Sun FM, and two years before that at the former Giant FM country station.

“I got into radio by accident,” he explained.

“When I first moved to Penticton my ex-wife was doing daycare out of our house and one of the ladies she was babysitting for was the marketing director at (Giant), so that’s how I got into it.”

But after a host of lifestyle changes in recent years, including quitting smoking, losing weight and taking up running, he decided a career switch was in order, too.

“I had a blast. I loved working at Sun,” said Farmer. “But it was time to make a change, time to try something new, and onward and upward with life.”

One habit that will be hard to break, though, is rolling out of bed while most people are still counting sheep.

Farmer and his co-host Alysha Williams usually arrive at work around 4:30 a.m. to be on the air 90 minutes later.

“As funny as it may sounds,” he said, “it’s going to take some getting used to not having to get up early.”