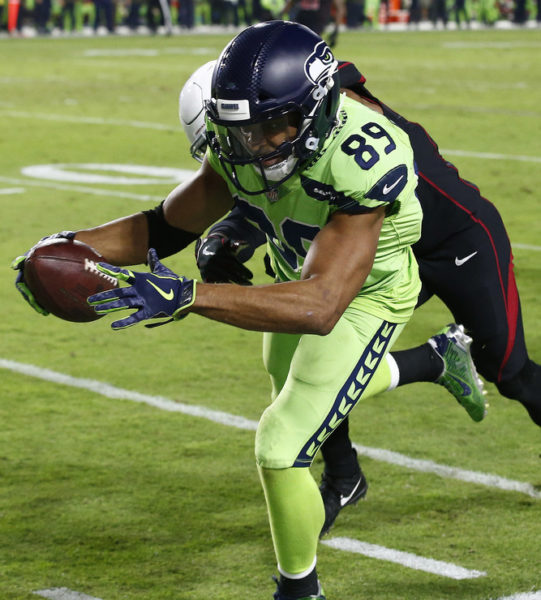 The debate that continues nationally about the reasons for declining NFL television ratings remains one that isn’t necessary in Seattle.

Local television ratings for recent Seahawks’ games has remained on par with where they have consistently been since the end of the 2012 season, when the arrival of Russell Wilson jumpstarted a string of winning seasons that also significantly boosted TV ratings.

In the 2013 season, when the Seahawks won the Super Bowl, local TV broadcasts of Seattle games had an average rating of 38.6 for the season. That number was at 28.2 in 2012 — when it jumped dramatically when the team went on a late-season surge — and 21.8 in 2011, the second year of the Pete Carroll era and the final season before Wilson arrived.

Recent Seahawks’ games have continued to draw ratings right at the number of the 2013 season.