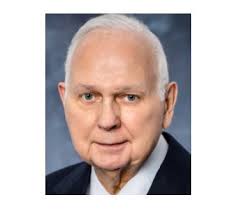 Today, in a typical radio market, radio has about a 35% advertiser churn rate; 35% of the clients don’t come back the next year. We can eliminate much of that churn if the advertisers on radio stations have engaging commercials. The reason they don’t come back, by and large, is that they don’t see any effect from their radio advertising. When they see the effect of engaging commercials, they will never leave…

Reach is all well and good in terms of radio offering the largest audience to advertisers, but that doesn’t mean much if you can’t “seal the deal” in terms of crafting and airing engaging commercials that fuels the advertisers’ business. And that’s where Jerry Lee comes in. The WBEB/Philadelphia Chairman is offering radio groups and stations the opportunity to create engaging commercials that will not only improve the economics of the participating stations, but of the radio medium as a whole. Here’s how it works:

My current mission in life is to get every advertiser who spends $12,000 or more a year in radio to be using commercials that engage the listener. Why? An Advertising Research Foundation study of 5,000 ad campaigns found that 75% of the success of an ad campaign is due to how good the creative is. An engaging commercial produces eight times the sales as compared to non-engaging commercials. (2007 study by OMD)

The single most important thing that radio can do is to focus on creating engaging commercials. That is where the money is. Everything else pales in comparison to how engaging the radio commercial is.

How does one ascertain or judge just what an “engaging commercial” is?

Sensory Logic is the premier company in the world that uses facial coding to ascertain whether a commercial is engaging or not. Facial coding captures facial expressions and dissects them at one-thirtieth of a second to measure whether the commercial is engaging. It’s very scientific, and the research has proven to be 90% accurate – no other form of commercial research is close to that accuracy. There is one problem: It’s too expensive for radio. They charge $6,000 for a 60-second spot and $5,000 for a 30-second spot.

I approached Dan Hill, the founder of Sensory Logic, and said, “You have a great product, but we can’t afford it in radio. You and your staff have been doing this for many years; couldn’t you just look or listen to a commercial and be almost as accurate as Facial Coding?” He said he would be 75%-80% accurate, vs. 90% for Facial Coding. Sensory Logic’s staff can now do reviews of radio commercials based on the principles that it has developed through Facial Coding and at the same time, dramatically lower the cost of providing feedback to copywriters. They have lowered the cost to a point where the cost is now a non-issue.

Just how big an issue is the lack of “engaging commercials?”