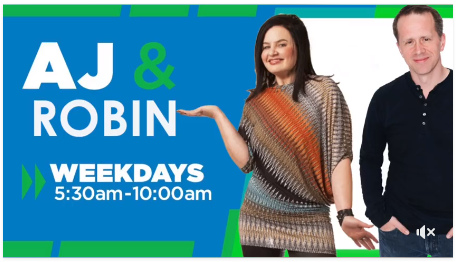 Another personality is leaving Jim Pattison Q 103.1 in Kelowna. Robin Farrell is returning to Victoria morning radio on October 16th as the new co-host of Rogers’ Ocean 98.5 morning show.

In an announcement made by the station this morning, Robin will join AJ as co-host of the show

Robin is no stranger to Victoria – she had worked for Bell Media’s 107.3 Kool FM for over 10 years before being let go in August of last year.