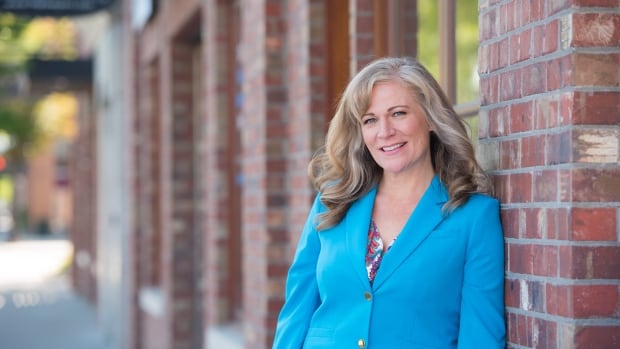 Penton is joining the Radio West team from CBC Winnipeg, where she has been a familiar face for over a decade.

She is also no stranger to British Columbia, having been born in Nelson and raised in Williams Lake and Metro Vancouver before moving to Manitoba.

Penton has been a popular radio news presenter, reporter and producer throughout her tenure at CBC. She has previously guest hosted The Story from Here, Information Radio, Up To Speed and Winnipeg’s Weekend Morning.

Penton joined host Chris Walker on CBC’s Daybreak South to discuss her excitement for the new role and how she hopes to give back to listeners.

Chris Walker: What brings you back?

Simply put? It’s really a dream job in a dream city. When this job came up, I couldn’t have picked anything more perfect for where I wanted to be both professionally and where I want to bring my family. I grew up in B.C. … [and] we’ve kind of been looking at a way to come back home, and this was just perfect timing.

Tell us more about your professional career?

Well, my professional career has all been in Manitoba. I started in Brandon and moved to Winnipeg, and I’ve been at CBC Winnipeg for 14 years. During my time there, I’ve been able to host a number of different shows. Primarily though, I’m a news person.

But I also just love telling stories and I love current affairs. Sometimes, news can be a little hard on the soul, when you do it day in and day out — it’s people at their worst all the time.

What I love about current affairs is the conversations that you can have with people. It’s not only about the bad things that are happening in people’s lives, it’s about the interesting things, the things that are making people talk — so I’m really looking forward to having that variety back in my life.