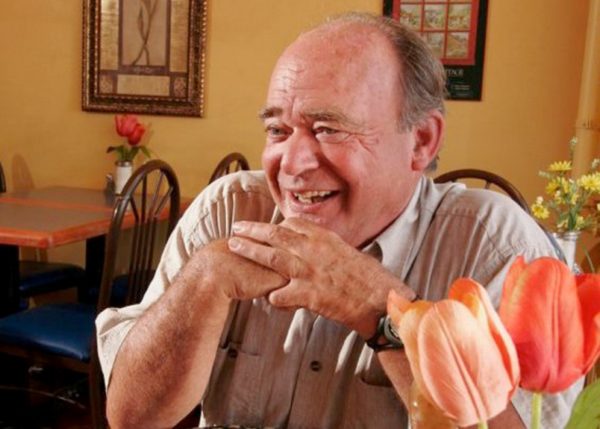 Norman Ruff, a political scientist who witnessed almost 50 years of drama in B.C. politics, has died.

Ruff died in hospice Saturday night with his daughter Simonne by his side after a long battle with cancer. He was 78.

Ruff, an associate professor emeritus of political science at the University of Victoria, was a longtime political commentator who was on the speed-dial for press-gallery journalists looking for thoughtful analysis.

Vaughn Palmer, the Vancouver Sun’s veteran political columnist, said Ruff was “the teacher of us all.”

He said Ruff had a unique ability to put complex issues into vivid, plain language in a way that underscored why they mattered.
.

“He was legendary for it,” Palmer said. “It was an uncanny ability to communicate.”

This earned him an honorary life membership in the legislature press gallery.

Simonne, 45, said her father instilled in her and her brother Andy the importance of knowing the facts and doing what you love.

“[He taught us] how important it was to know what made you happy and to do that. And that would really sustain you but also that you would do your best work that way,” Simonne said. “Right up until the end he was doing what he was passionate about and what he really loved.”

Simonne said her father had an “amazing wonder and curiosity about everything in the world.”

Ruff had four grandchildren, Simonne’s two children, Kahveh and Arya, and Andy’s two kids Annabelle and Alfie, who live in the U.K.

Simonne has fond memories of visiting Victoria from her home in San Diego and watching her children skip rocks with their grandfather along Willows Beach and Cattle Point.

She said Kahveh and Arya still cherish the crystals Ruff bought them from the Royal B.C. Museum, which he told them to dip in the ocean so they would be more powerful.