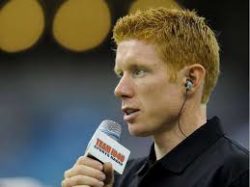 Last week you may have noted Sportsnet 650’s introduction of their new morning team.

Over the weekend, more secrets started slipping out.

By now, we can make a decent guess at how the sports radio deck chairs will look come September.

TSN 1040 is shifting Sekeres and Price to the afternoon drive. Don Taylor and Bob Marjanovich look likely to do a noon to 3 shift. The old Kurtenbloggers, Mike Halford and Jason Brough, are apparently set for a 9 to noon. (Bro Jake and Dave Pratt look to be still the morning drive guys.)

Over at 650, it looks that Scott Rintoul, who’s back at 1040 calling Lions games after being let go earlier this year from hosting duties could land full time as an afternoon host. He’s not saying anything but most think it’s a done deal. Seems he’s going to host with Andrew Walker, who’s moving from Sportsnet’s Toronto station 590 the Fan.

We also know Sat Shah is hosting something, and it’s easy to see it will be some sort of lunch spot.

The interesting thing in all this is how sports radio evolves over the next year. Sportsnet 650 has Canucks radio rights for five years. They insist it’s a big deal. But many argue that the only important times for radio any more are the drive time periods. Everything else is for the die hards.

We can see the effort 1040 has put in over the past few years to ramp up pushing out snippets of shows. Individual interviews cut re-posted to the website every day. They wouldn’t do that if there weren’t a thirst for it.

Sportsnet has made big investments on the digital side, adding writers to their websites — but not just anyone, these are writers who have a good TV and radio presence too. The multi-modal sports talker is the future…or the near future anyway.

So the real key for 650 (and for 1040 as they ramp up their competitive juices, just like their TV brethren have had to since losing the national TV rights) is how they handle the growing desire among younger fans for right-now highlights and analysis. It’s not just about the radio station any more, it’s about content delivery. That’s the horrible corporate description and suggests the risk underneath all this, that everything becomes homogenized.

The true key to winning this battle for the imagined future will be who is the most dynamic and the most exciting; those will keep the brains and ears and eyeballs.

Hey…that’s kinda-sorta what we’re trying to do here…hmm.