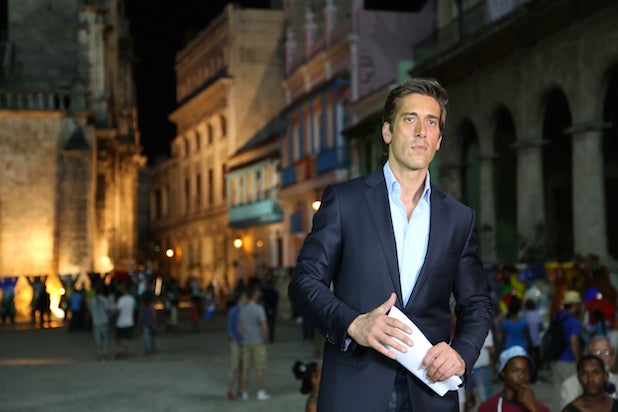 ABC’s “World News Tonight” has won November, February and May Sweeps among total viewers back-to-back for the first time in 21 years since Peter Jennings was anchor.

While other anchors are tied to the desk with the exception of reactive trips for breaking news, Muir has done numerous exclusive reports on the weekends over recent months, often traveling abroad and returning to the anchor chair in time for Monday’s broadcast.

Muir has been on 16 international reporting trips since taking the chair in 2014…….