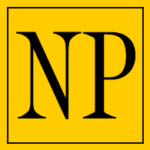 Even allowing for the astonishing pyrotechnics of current American politics, the Canadian journalistic reaction has been rather disappointing. Canadians have a unique ring-side seat on American personalities and events, and flatter themselves that they know that country better than any other foreigners do. Perhaps because of the garishness of American politics, the immense amounts of money involved in American elections and the lobbying process, and the practical absence of laws of civil defamation, Canadians are almost perpetually appalled yet fascinated by the American political spectacle. The intense controversies of the Trump presidency have generated a dreary branch-plant, copy-cat, me-too replication of the Trumpophobia of the national U.S. media.

The whole point of the Trump campaign was the need for radical but centrist reform. He was midway between the Sanders left and the Cruz right. But he mobilized the angry and politically correct traditionalists, and much of the working and middle class, and attacked the deferences to both Wall Street and organized labour (especially the teachers’ unions), as well as the appeasement of the societally self-hating and faddish academics and Hollywood. At his heavily attended rallies, he singled out the national political media for its almost relentless disparagement of him and his followers, and for the soft ride it had given to the Obama regime, which — despite the great breakthrough of having a non-white president — was unsuccessful in almost every field.

The controversies of the Trump presidency have generated a dreary branch-plant, copy-cat, me-too replication of the Trumpophobia of the national U.S. media.

Economic growth, which had been 4.5 per cent annually in most of the Reagan years, had gradually descended to just one per cent with Obama. Schools and infrastructure were decaying, violent crime was increasing, Obama and Hillary Clinton would not utter the words “Islamist extremism,” political correctness reigned, and foreign policy seemed to many Americans to have wobbled from George W. Bush’s insouciant war-making to Obama’s appeasement of America’s enemies. Trade agreements were widely perceived to have been disadvantageous and the alliance system looked like a bunch of free-loaders relying on American military power rather than collective security. Trump and his followers believed that the global warming case had not been made and that the push for renewable energy was unjustifiably costly and self-punitive. This long list of public policy grievances was widely and profoundly felt, and now defines the administration’s reform program.