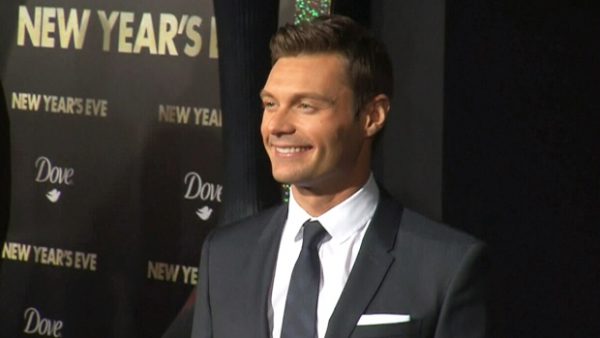 by David Bauder, The Associated Press (courtesy of CTV.com)
Published Monday, May 1, 2017
.

NEW YORK — Ryan Seacrest was named co-host of the morning chat show “Live” with Kelly Ripa on Monday, ending a yearlong search for a marquee name as Michael Strahan’s successor.

“Nice to see you, partner,” Seacrest said as he walked onto the New York set of the show made famous by Regis Philbin.

Seacrest, 42, is a busy show-biz presence, hosting ABC’s New Year’s Eve show, red carpet coverage on E! Entertainment and a daily Los Angeles-based radio show. He has his own production company. But the ending of “American Idol” gave that show’s host less of a regular television presence.

He’ll move to New York for the new job, although he will continue his radio show.

The announcement came a year after Strahan exited the show for “Good Morning America.” The way that departure was handled so annoyed Ripa that she skipped the show for two days in protest.

Since then, she’s worked with a series of guest co-hosts like Jerry O’Connell, Fred Savage and Andy Cohen. The uncertainty stretched on for so long it led some to wonder whether Ripa really wanted to go it alone.

“Ryan is a close friend and his star shines as brightly off camera as it does on,” Ripa said. “His tremendous success is only matched by his impeccable reputation. Plainly said, everyone loves him, and so will our daily viewers.”

Seacrest, who had been one of the guest co-hosts, called Ripa “a dream broadcast partner.”

They moved quickly into the rhythms of the morning show, with a freewheeling discussion that included Ripa’s revelation of when she last had sex. Actor Chris Pratt was the first guest, and he carried balloons and roses onstage to give to the new broadcast team.