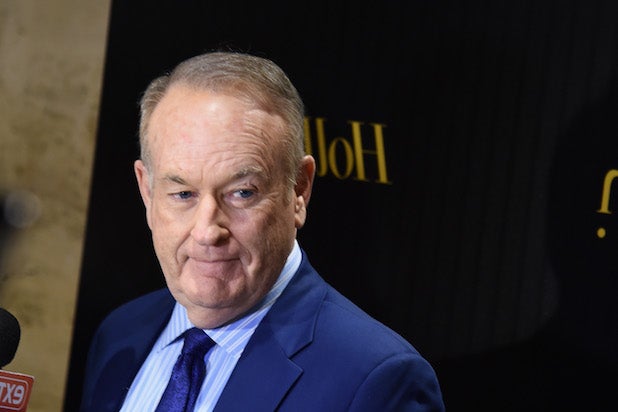 Update: “After a thorough and careful review of the allegations, the Company and Bill O’Reilly have agreed that Bill O’Reilly will not be returning to the Fox News Channel.”

Executives at 21st Century Fox have reached a final decision on Bill O’Reilly‘s fate, according to New York Magazine sources who were briefed on internal discussions.

The Murdochs have made the call that the embattled news host’s run will come to an end after 21 years at Fox News. The decision comes amid sexual harassment allegations that have resulted in dozens of advertisers cutting ties with “The O’Reilly Factor.”

The Wall Street Journal, owned by the Murdoch family, reported Tuesday night that Fox is prepared to boot O’Reilly. The statement was the strongest up to now in a day of continuing reports that James, Lachlan and Rupert Murdoch were negotiating an exit for the biggest name in cable news.

Negotiations over O’Reilly’s departure are moving quickly, according to NY Mag’s sources. Executives are holding emergency meetings Wednesday morning regarding potential “collateral damage to the network” as a result of letting their highest-rated host go, according to the outlet’s sources. The board of Fox News’ parent company, 21st Century Fox, is scheduled to meet on Thursday to discuss the matter, the magazine also reported.

“The O’Reilly Factor” finished 2016 as the most-watched show in cable news and O’Reilly has essentially dominated the industry for nearly two decades, finishing No. 1 in all of cable news for 16 straight years.

“The O’Reilly Factor” wasn’t just a profitable show. The one-hour evening talk fest has been the network’s cash cow, generating a whopping $446 million in advertising from 2014 through 2016, according to Kantar Media.

But O’Reilly’s position at the network became increasingly untenable following a bombshell New York Times report on April 1 that O’Reilly and Fox News have made payouts totaling about $13 million to five women to settle claims of sexual harassment and other inappropriate behavior. Additional female accusers have stepped forward in the weeks since the Times story.

FOX NEWS HAS NOW ANNOUNCED THAT TUCKER CARLSON WILL MOVE INTO THE 8 PM (Eastern) HOUR, AND THE DAYTIME PANEL SHOW “THE FIVE” WILL FOLLOW AT 9 PM (Eastern.)