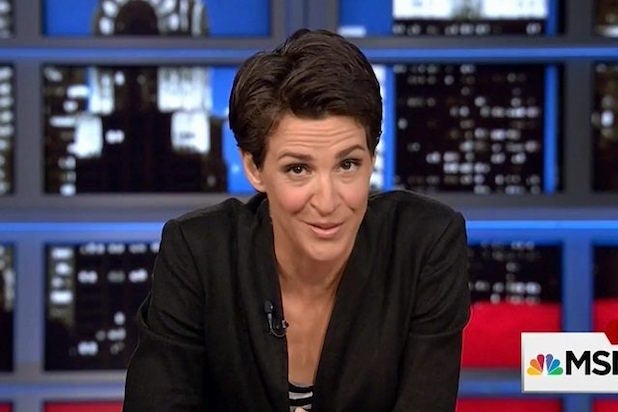 MSNBC’s “The Rachel Maddow Show” beat Fox News’ “The O’Reilly Factor” on Wednesday night to become the most-watched show in cable news among the key news demographic of adults age 25-54.

Maddow averaged 607,000 viewers among the demo, compared to 561,000 for O’Reilly as advertisers continue to distance themselves from the Fox News star amid sexual harassment claims.

O’Reilly still won in total viewers, averaging 3.6 million compared to 2.6 million for Maddow. The shows don’t go head-to head, as Maddow starts at 9 p.m. ET while O’Reilly starts at 8 p.m. ET, but they are the ratings heavyweight of their respective networks.

O’Reilly has seen his show lose advertisers, but not necessarily viewers, since a New York Times report on Saturday detailed payouts totaling about $13 million to five women to settle claims of sexual harassment and other inappropriate behavior. O’Reilly has denied any wrongdoing.
.