“A love of sports allows me to live a life of endless pleasure,” play-by-play announcer says 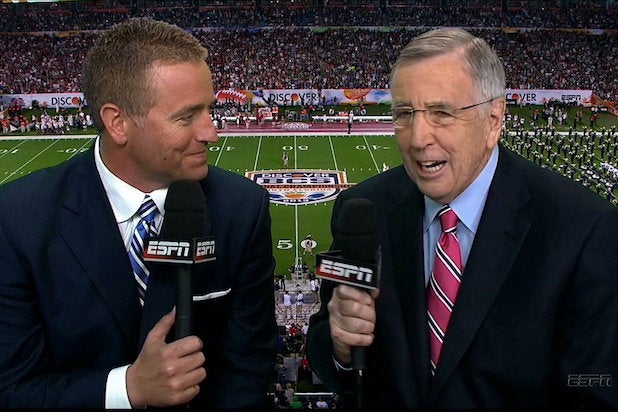 The sports broadcaster, who started his career with CBS (in 1968) before moving to ESPN (in 1990), announced Wednesday he’s retiring at the age of 77.

“What a wonderful journey I have traveled with CBS and the Disney company,” Musburger said in a statement. “A love of sports allows me to live a life of endless pleasure. And make no mistake, I will miss the arenas and stadiums dearly. Most of all, I will miss the folks I have met along the trail.”
.

According to ESPN, one of the most recognizable voices in televised sports will end his career calling this coming Tuesday’s college basketball game between the Kentucky Wildcats and Georgia Bulldogs, which the Wildcats will host at Rupp Arena at 9 p.m. ET.

Initially a sportswriter, Musburger began talking sports on TV for CBS’s football pregame show “NFL Today,” and called plays for the network’s broadcasts of the NBA, college basketball, golf and tennis. He was dropped by CBS in 1990, and went to work for Disney’s ESPN.