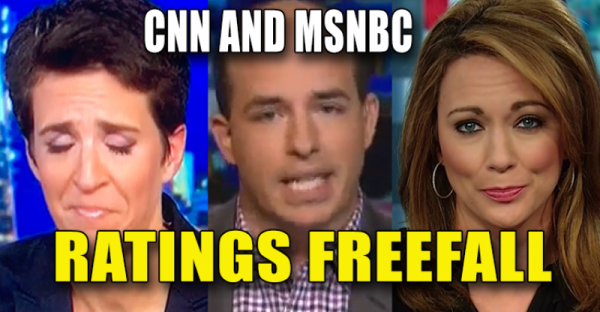 It is very clear what is happening here. Trump supporters are permanently boycotting BOTH CNN and MSNBC in a punishing rebuke to their blatant Anti-Trump bias during the election.

Almost one month removed from the election, the channel is more than tripling CNN and MSNBC in total viewers in primetime, with Fox averaging 2.9 million viewers to CNN’s 960,000 and MSNBC’s 959,000, according to Nielsen Research.

Watch the “FAKE NEWS” of CNN