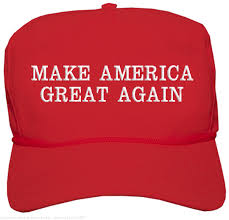 I’m not going to get into the weeds about the presidential election. But I do want to weigh in about marketing and promotion.

I read that Donald Trump spent more on those “Make America Great Again” red ball caps than he did on any other part of his campaign. I also know that in the fly-over states his lawn signs were also prolific.

I bring this up because I remember when radio stations promoted themselves prolifically as well.

Roy H. Williams taught me long ago in writing persuasive radio commericials that if you win a person’s heart, their mind and pocketbook will follow. People first are hooked by their emotions and then justify their actions logically.