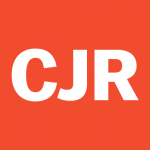 Here’s to the return of the journalist as malcontent

JOURNALISM’S MOMENT of reckoning has arrived.

Its inability to understand Donald Trump’s rise over the last year, ending in his victory Tuesday night, clearly stand among journalism’s great failures, certainly in a generation and probably in modern times.

Reporters’ eagerness first to ridicule Trump and his supporters, then dismiss them, and finally to actively lobby and argue for their defeat have led us to a moment when the entire journalistic enterprise needs to be rethought and rebuilt. In terms of bellwether moments, this is our anti-Watergate.

Already the finger-pointing deconstructions have begun. Yes, social media played a role, enclosing reporters in echo chambers that made it hard, if not impossible, for them to hear contrarian voices; yes, the brutal economics of the news business hurt all our efforts, decimating newsrooms around the country and leaving fewer people to grapple with what was a gargantuan story; and yes, reporters can be forgiven, at least initially, for laughing off a candidate whose views and personality seemed so outside the norm of a serious contender for the White House.

While all those things are true, journalism’s fundamental failure in this election, its original sin, is much more basic to who we are and what we are supposed to be. Simply put, it is rooted in a failure of reporting.

Kyle Pope is the Editor in Chief and Publisher of the Columbia Journalism Review.