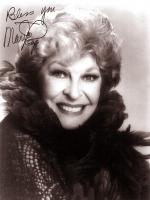 She was a big band singer, radio comedienne and movie actress before getting her own variety show in the early days of TV.  Her most famous characteristic was her large mouth. She died of pneumonia & cardiovascular problems Oct. 19 1994 at age 78.

Frankie Laine recorded the million-seller that would ignite his career and become his signature song, “That’s My Desire” for the Mercury label.  It peaked at #4 on the pop singles chart. 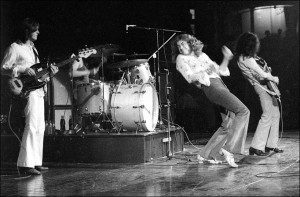 In 1971, Bennett Cerf, the head of publisher Random House, and a panellist on TV’s original What’s My Line game show, died at age 73. 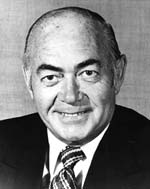 In 1975, hockey broadcaster and Canadian Sports Hall of Famer Jack Dennett died of cancer at age 59. He started his career at age 15 sweeping floors at Calgary radio station CFCA; a year later he had his own show. In 1935 he started to do between period interviews for the Regina Senior Hockey League. In 1943 he joined Toronto’s CFRB where he was a featured newscaster and moderated the Hot Stove league on NHL hockey broadcasts, many over the CBC, for the next 32 years.

In 1984, a new face joined the group of journalists on CBS-TV’s “60 Minutes.”  Diane Sawyer became the fifth reporter on the top-rated TV newsmagazine. Mike Wallace, Morley Safer, Harry Reasoner and Ed Bradley welcomed Sawyer to the show, where she remained for five years, before ABC hired her away. 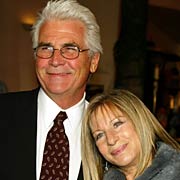 Also in 1998, Barbara Streisand got down on her knees beside James Brolin to help unveil her new husband’s new star on the Hollywood Walk of Fame.

In 2002, CFRN Edmonton continued its all sports format as “The Team 1260” despite CHUM’s closure of The Team radio network on this day. CFRN had only joined the network in early June.  Also continuing with all-sports was Vancouver’sTeam 1040 which had adopted the format 16 months earlier. 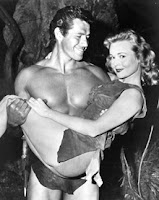 In 2015,  Van Halen frontman David Lee Roth called out a fan for throwing a beer can onstage during the band’s concert in Camden, NJ. “In a younger day, I would’ve promised I would’ve slept with his girlfriend,” said Roth. “At this point in my career, the roughest ….. insult I could probably make to this guy is that I probably already have slept with his wife.”

Musician Daryl Dragon of the Captain and Tennille is 74.

Actress Tuesday Weld (Many Lives of Dobie Gillis) is 73.

Guitarist Jeff Cook of Alabama is 67.

Bassist Glen Matlock of The Sex Pistols is 60.

Percussionist Bobo of Cypress Hill is 48.

Actress Leanna Creel (Saved by the Bell) is 46.

Bassist Tony Kanal of No Doubt is 46.

Ottawa-born actress Sarah Chalke (How to Live With Your Parents, Scrubs, second Becky on Roseanne) is 40.

Actor Kyle Lowder (The Bold & the Beautiful, Days of Our Lives) is 36.

Actress Kara Moseley (The Bold & the Beautiful, Hart of Dixie, Guiding Light) is 35.

Actress Kayla Ewell (The Vampire Diaries, The Bold and the Beautiful) is 31.

Singer Mario (Dancing With the Stars) is 30.

Actress Michelle Pierce (NCIS, Days of Our Lives) is 29.