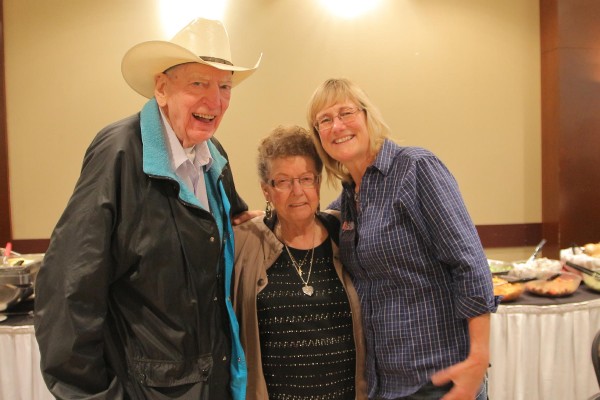 The Edmonton Broadcasters Club Spring luncheon was held at the Moose Factory on Wednesday, April 13th. 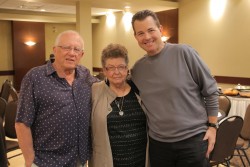 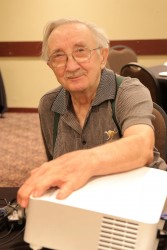 Eighty seven former radio/tv broadcasters enjoyed a Salute to the 60th Anniversary of CFCW – now at 840 on the dial. 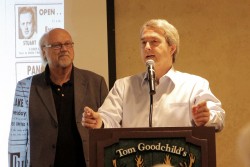 .
MC’s Marty Forbes and Craig Roskin introduced former General Manager Warren Holte who chronicled a great deal of the early history of CFCW, it’s move from 250 watts to today’s monster rural coverage of 50,000 watts at their new 840 position on the AM dial.
.
.
.
Warren then introduced current Operations Manager Jackie Rae Greening who saluted several members of the radio station that were in the crowd including long time morning man Bev Monroe; Danny Hooper and then current morning show hosts Stella Stevens and Sean Burke.
. 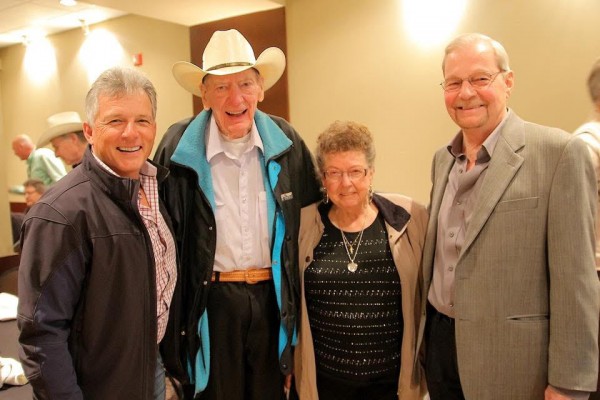 It was a wonderful gathering highlighted by the son of the original owner of the station John Yerxa bringing his mother Mary to the lunch – as many guests had not seen each other for several years.
.
The Edmonton Broadcasters Club holds two lunches annually – spring and fall – and this fall will feature long time radio guy and former Edmonton Eskimoe star Dave Cutler.
.
(Photos: Courtesy of Bill Borgwardt who does country music photography for CFCW and the Association of Country Music In Alberta. Here’s the link to his ACMA photo site.  http://acma.smugmug.com/ )

It sure was a very successful and meaningful luncheon. CFCW has been such a staple in both the rural and urban radio landscape. Most of us are extremely proud that we got the opportunity to do our usual thing; Celebrating Great Broadcasters

Truly a wonderful luncheon. What a treat for me to be in a room full of true radio legends. Couldn’t be more proud to call CFCW home. Thanks again.

Treat to finally meet Bev Munroe. A true gentleman who hasn’t missed a beat. Pleasantly surprised to hear he’s originally from Boissevain Manitoba not far from my hometown. Enjoyed catching up with Sean, Stella and the CFCW crew too.