For one, they fell victim to the Kardashian coefficient. It never fails. 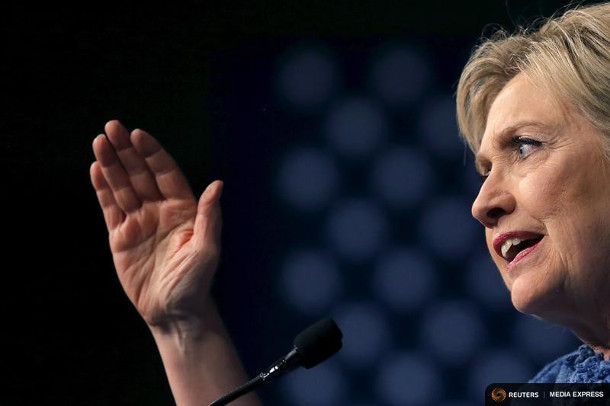 Here we are in late March and it’s increasingly likely the presidential race will be between Hillary Clinton and Donald Trump. This isn’t to say Bernie Sanders couldn’t grind out a win, or that the GOP elders couldn’t pull shenanigans at the convention, but as of now, two candidates with the worst favourability ratings in over a generation are poised to be the final options for the most consequential job in the entire world. How did we get here?

First, an important point of clarification. Hillary Clinton’s candidacy is not in the same class as Trump’s in terms of media coverage or media cynicism. While she has received over two times more coverage than Sanders, she’s also received 40 per cent as much as Trump — much of it negative. She is a high-profile frontrunner with a nominally appealing resume for the job at hand. Still, there are some parallels with how the two candidates’ media saturation helped propel them into the frontrunner status from which they have never looked back.

The “invisible primary” is broadly defined as a candidate’s ability to raise money, win over party leaders and generate media coverage all before any campaigning — to say nothing of voting — takes place. Clinton, as a former first lady, senator and high-profile secretary of state, won this primary hands down.

This created an incumbency bias based largely on criteria the Sanders campaign was expressly running against: money and establishment politics. By focusing on funds raised, the invisible primary heavily favours the former, and by racking up superdelegates, it heavily favours the latter — all in a process that is, by design, undemocratic. The psychological effect of Clinton’s delegate lead was seen in delegate totals the media echoed all throughout February and March that gave the reader the impression Clinton was up seven to one rather than even or slightly ahead.

Clinton’s ability to rack up large fundraising totals via Wall Street and Hollywood bundlers and super PACs was thought to be too great — until Sanders’ insurgent candidacy ignited small donors to help propel him to comparable totals. The media coverage followed this, whereas in Clinton’s case it largely preceded it. As I wrote in the New York Times earlier this month:

Who is and isn’t a “serious” candidate in our modern public relations-driven democracy is largely tautological. Whoever the news media say is important early on typically becomes the most important. This leads to a feedback loop that anoints the “frontrunner” in the “invisible primary,” where success is measured by name recognition, money raised, party insider support and a host of “serious” accomplishments, all before the most essential of feedback has been provided: actual voting.

READ THE REST OF THIS FEATURE-LENGTH ARTICLE  HERE  AT TheTyee.ca