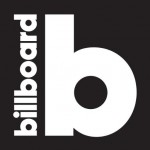 In a classy move of forgive-and-forget, Bell Media has hired experienced radio executive Rob Farina as a senior advisor for the launch of iHeartRadio in Canada. He begins his role on May 1, 2016. iHeartMedia, the largest radio company in the U.S., announced its expansion into the country earlier this year.