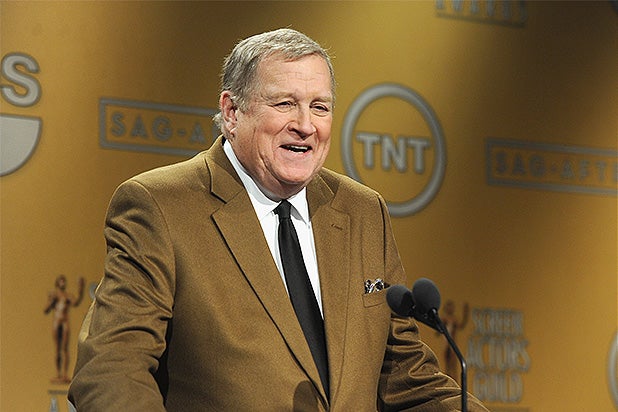 Ken Howard, the Emmy-winning star of the 1970s TV drama “White Shadow” and influential head of SAG-AFTRA, has died at age 71.

The merger effort, which often dominated attention in the entertainment and media industries, was overwhelmingly approved by members in 2012.

As the last president of the legendary Screen Actors Guild and the first elected president of post-merger SAG-AFTRA, Howard made history by leading the merged performers from a period of conflict to a stable, unified path toward the future.

An actor for nearly 50 years, Howard came to union leadership late in his career led by friends who asked him in 2008 to help them stabilize the then-troubled Screen Actors Guild. In a 2014 SAG-AFTRA Magazine message, Howard wrote to members that serving them as president of the union was “the most important thing I have ever done.”

The 6-foot-6-inch Howard was a high-school basketball star in Manhasset, N.Y. He turned down several athletic scholarship offers to focus on academics. He was also drawn to the arts, performing in high school musicals and singing in the Congregational Church of Manhasset choir with whom he performed at Carnegie Hall.

He got his professional start on Broadway, but was then lured to Hollywood by legendary theater and film director Otto Preminger. He made his feature film debut opposite Liza Minnelli in Preminger’s “Tell Me That You Love Me, Junie Moon.”

He went on to standout performances in dozens of movies, including the feature film version of “1776,” “Clear and Present Danger,” “At First Sight,” “Rambo IV,” “Dreamer,” “In Her Shoes,” “Michael Clayton,” “J. Edgar,” “Better Living Through Chemistry,” “The Judge,” “The Wedding Ringer” and “Joy” among others.

In 1978, Howard originated the role of Coach Ken Reeves on the groundbreaking television series “The White Shadow.” Based on his own experiences as the only white player on his high school basketball team, the show starred Howard as the coach of a diverse basketball team at an inner-city high school.

Over the course of three seasons, “The White Shadow” served as a proving ground for some of television’s most prominent producers and directors, including Bruce Paltrow, Tim Van Patten and others.

Innovative and even daring for its time, the show was recognized for its diverse casting and socially relevant themes. Even decades after the show ended, Howard was frequently recognized on the street by fans who greeted him with a handshake and, “Hey, Coach.”

Over several decades on television, Howard appeared in numerous series including starring roles on “The Manhunter,” “Crossing Jordan,” “The Colbys” and “Dynasty.” He also dabbled in comedy with his role as Kabletown honcho Hank Hooper on NBC’s “30 Rock.”

He starred in several television miniseries, including “The Thorn Birds,” “Rage of Angels,” “Perfect Murder, Perfect Town,” and in 2009 earned his second Primetime Emmy Award for the role of Phelan Beale in HBO’s “Grey Gardens.”