the US Federal Radio Commission held its first meeting.

Also in 1927, actor Jack Cassidy was born in Richmond Hill NY.  Besides a successful Broadway career, he was nominated for Emmys for his guesting work on TV’s He & She and The Andersonville Trial. He appeared on other series from Bewitched & Get Smart, to Columbo, Hawaii Five-O, Match Game and McCloud. He was killed in an early-morning fire in his West Hollywood apartment Dec 12, 1976 at age 49.

In 1931, “Without a Song” was recorded by Lawrence Tibbett for Victor Records. Tibbett was the opera star who in 1945 became the lead singer on CBS Radio’s Lucky Strike Hit Parade.  The song has been a hit for many, including Willie Nelson, Frank Sinatra and Tony Bennett.

In 1936, actor/producer Michael Landon was born in Queens NY. 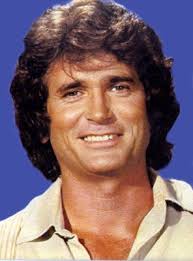 He starred in three long-lasting TV series, Bonanza, Little House on the Prairie, & Highway to Heaven.  He died of pancreatic cancer July 1 1991 at age 55.

In 1940, NBC radio’s popular Fibber McGee and Molly comedy show featured the first opening of the door to McGee’s notorious overstuffed and cluttered closet.  The resultant clanging of the contents as they tumbled to the floor became a memorable iconic highlight of the OTR era, repeated at intervals throughout the series.

In 1957, disc jockey Alan Freed, one of the fathers of Rock ‘n’ Roll, tried to fool the panel on the CBS-TV game show “To Tell The Truth,” hosted by Bud Collyer. This was the episode on which Kitty Carlisle made her debut on the panel.

In 1958, pop singer Andy Gibb, the younger brother of the Bee Gees, was born in Brisbane, Australia. His brothers often supervised his recording sessions, and Andy came up with the number-one hits “I Just Want to Be Your Everything” in 1977 and “Shadow Dancing” in ’78. Andy Gibb was the host of the “Solid Gold” T-V show from 1981 to mid-1982. He died at age 30 March 10th, 1988 in Oxfordshire, England of a heart condition. 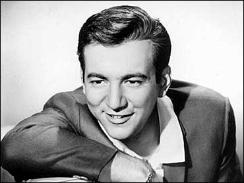 In 1960, Elvis Presley was discharged from the U-S Army in one of the most publicized returns of a soldier since General Douglas MacArthur. Presley made almost no personal or T-V appearances following his two-year army stint, concentrating instead on making a string of successful movies.

In 1963, country singers Patsy Cline, Cowboy Copas and Hawkshaw Hawkins were killed when their small plane crashed near Camden, Tennessee. The three were returning to Nashville from Kansas City, where they had performed at a benefit concert for the widow of a disc jockey killed in a car crash.

Also in 1963, The Beatles recorded what would be their third single ‘From Me to You’, just five days after John Lennon and Paul McCartney wrote the song.

In 1965, the UK band The Mannish Boys released their first single, “I Pity The Fool,” featuring David Jones on the vocal. He would soon become a superstar as David Bowie. In 1966, “The Ballad of the Green Berets” by Staff-Sergeant Barry Sadler reached number one on the Billboard Hot 100 chart. It was the top song in the U-S for five weeks. Meantime Herb Alpert And The Tijuana Brass went to No.1 on the album chart with ‘Going Places.’

In 1971, at the beginning of their Thank You Tour in Belfast, Ireland, Led Zeppelin gave the first live performance of their upcoming album release “Stairway To Heaven.” Reportedly the audience was underwhelmed.

In 1973, singer Roberta Flack, riding at #1 on the pop music charts with “Killing Me Softly with His Song,” could hardly wait to rip into the fancy frame containing her brand new Gold Record. She flew to the stereo machine and set the needle down on the shiny surface, only to hear “Come Softly to Me.” She was so impressed by this unexpected turn of the table that she wound up humming the old Fleetwoods song for three days.

In 1974, actor Billy Dewolfe, who played a series of effeminate characters on TV’s Doris Day Show, The Pruitts of Southampton, The Queen & I, The Debbie Reynolds Show, etc., died of lung cancer at age 67.

Also in 1974, R & B singer Smokey Robinson played a dramatic role in this week’s episode of “Police Story” on NBC-TV.

In 1975, the No. 1 Billboard Pop Hit was “Have You Never Been Mellow” by Olivia Newton-John. The song was also a country hit for the singer, reaching No. 3 on Billboard’s country singles chart.

In 1977, “Love Theme From A Star Is Born (Evergreen)” by Barbra Streisandtopped the charts and stayed there for 3 weeks.

In 1979, MCA Records discontinued the ABC Records label, which it had recently purchased at a fire-sale price. More than 300 staffers were fired.

In 1980, Canadian-born actor Jay Silverheels died at age 67, following a stroke.  He had been born Harold J. Smith May 26, 1919 on the Six Nations Reserve near Brantford Ontario. He played The Lone Ranger’s sidekick Tonto in the movies & on TV (220 episodes).

In 1982, comedian John Belushi, who rose to stardom on Saturday Night Live before his big screen career, died of a drug overdose at age 32. His tombstone reads “I may be gone, but rock ‘n’ roll lives on.”

In 1983, the song “Billie Jean” by Michael Jackson topped the charts and stayed there for 7 weeks.

Also in 1983, the Country Music Television (CMT) network debuted on US cable TV.

Still in 1983, the UK “bad boys” of music Wham! made their US television debut on Dick Clark’s American Bandstand.

In 1984, orchestra leader Harry Salter died at age 85. He played for a plethora of radio shows such as  the ”Lucky Strike Hit Parade,” ”Your Unseen Friend,” ”Philco Show,” ”Hobby Lobby” and ”Mr. District Attorney” and for star performers such as Lanny Ross and Milton Berle. He was musical director for “Stop the Music” on radio & TV, as well as TV’s “Name That Tune.”

In 1989, Pepsi Cola in the U-S said it would withdraw its Madonna TV ads from any station that showed the singer’s new video, “Like a Prayer.” Pepsi in Canada declined to take similar action. But in any case the entire Madonna-Pepsi campaign was scrapped a month later. The video, which already had been banned in Italy, showed a scantily-clad Madonna kissing the naked feet of a statue in a church sanctuary and caressing a priest. Pepsi had paid the singer a reported five-million dollars to star in a two-minute T-V commercial, featuring the same music as the video but showing a more subdued Madonna.

In 1994, former Jefferson Airplane and Starship lead singer Grace Slick was arrested for pointing a shotgun at police at her Tiburon, Calif., home. The former Jefferson Starship lead singer later said she’d been under stress since her Mill Valley home burned down the previous fall. She lost most of her memorabilia, including some items stolen by Corte Madera firefighters (who were later fired).

In 1996, actor Whit Bissell died of the effects of Parkinson’s Disease at age 86.  He turned up as a supporting actor on practically every dramatic TV series over 35 years. He had regular roles on The Time Tunnel, Bachelor Father, and Days of Our Lives.

In 1998, Chuck Berry performed for an hour at the opening of a Hard Rock Cafe in Dubai. The 71-year-old rocker even managed to crouch down in his famous “duck walk.” The Hard Rock Cafe building in the United Arab Emirates was a 35-metre-tall replica of the Empire State Building in New York. 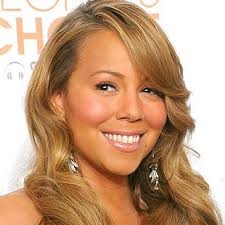 Also on this date in 1998, singer Mariah Carey flew to the Dominican Republic for a quickie divorce from Sony Music president Tommy Mottola. They had separated the previous May after five years of marriage.

Still on this date in 1998, the teenage daughter of heavy-metal star Ozzy Osbourne paid 16-thousand dollars at a charity auction in Los Angeles, for the privilege of hanging out with the teen band Hanson. Aimee Osbourne’s prize included socializing, concert tickets and backstage passes.

In 1999, actor Richard Kiley (below) died of bone marrow disease at age 76. He was one of the busiest actors in TV’s early days on so many of the live dramas dominating the schedules, like The US Steel Hour, Kraft TV Theatre, Danger, Studio One & Robert Montgomery Presents. In the mid-80’s he headed the cast of the family drama series “A Year in the Life” which introduced us to Sarah Jessica Parker.

In 2004, TV’s domestic diva Martha Stewart was convicted of obstruction of justice and lying to government investigators involving her ImClone stock. She was sentenced to five months in a minimum-security prison.

In 2006, on the Academy Awards telecast, with Jon Stewart (above) as host,“Crash” won the Best Picture Oscar in an upset over “Brokeback Mountain”; Philip Seymour Hoffman won Best Actor for “Capote” and Reese Witherspoon won Best Actress for “Walk the Line.”

Also in 2006, singer David Crosby was arrested and charged with criminal possession of a weapon and marijuana after leaving his bag in a New York hotel. The luggage was found by a hotel employee looking for identification, finding instead a handgun and weed.

In 2007, records by the Rolling Stones and Paul Simon were chosen for preservation by the US Library of Congress. The Stones’ Satisfaction and Simon’s Graceland album entered the National Recordings Registry, which preserves historic works for future generations.

In 2008, Scott Weiland, just two days out of rehab, entered a not guilty plea (through his attorney) to charges of driving under the influence of drugs when he was arrested on a Los Angeles freeway on-ramp the previous November. The Stone Temple Pilots/Velvet Revolver singer remained free on $40,000 bail.

In 2009, Michael Jackson was mobbed by screaming fans as he took his two youngest children to see Oliver! at Drury Lane in London. The youngest two of Jackson’s three children – seven-year-old Prince Michael II (known as Blanket) and 11-year-old Paris, hid their faces as they were escorted through the crowd.

In 2012, songwriter Robert B. Sherman, who with his brother Richard wrote numerous hit songs, many for Disney films & TV productions, died at age 86.

In 2013, “People, Hell And Angels,” a collection of 12 previously unreleased Jimi Hendrix tracks, laid down between 1968 and ’70, was issued by Sony’s Legacy Recordings..

In 2015, Nanaimo-born Vancouver radio legend Fred Latremouille died of cirrhosis of the liver at age 69. Besides a five-decade on-air radio career (much of it partnered with his wife Cathy Baldazzi) he won several awards for his advertising genius, is a member of the Canadian Broadcasters Hall of Fame, and has a star on the B.C. Walk of Fame.  From 1964 to ’66, he hosted CBC TV’s Let’s Go, a music show aimed at teens, and later on did double duty as a BCTV weatherman, and hosted that station’s Dance Party.

Actor Paul Sand (Paul Sand in Friends and Lovers, Gimme a Break, Joan of Arcadia) is 81.

Singers Craig and Charlie Reid of The Proclaimers are 54.

Model/TV host Niki Taylor (Make Me A Supermodel) is 41.

Actor Neil Jackson (Make It Or Break It, Sleepy Hollow) is 40.

Actor Sterling Knight (Sonny With a Chance, Melissa & Joey) is 27.

Actress Hanna Mangan Lawrence (Spartacus: War of the Damned) is 25.

Toronto-born actress Aislinn Paul (Degrassi: the Next Generation) is 21.