bandleader Jimmy Dorsey was born in Shenandoah Pa.  He fronted his own big band between periods when he teamed with more famous younger brother Tommy to lead The Dorsey Brothers Orch.  Most of his 1940’s hits featured Helen O’Connell & Bob Eberly on the vocals.  The Dorsey Brothers starred in the “Stage Show” on CBS-TV which on four episodes in Jan & Feb 1956 introduced Elvis Presley to a national audience. Shortly before his death from lung cancer June 12 1957 at age 53 Jimmy Dorsey was awarded a gold record for his final hit “So Rare.”

On this day in 1916, singer Dinah Shore was born Frances Rose Shore in Winchester Tennessee.

She survived childhood polio to score 80 charted hits in the 1940’s & 50’s, and a four decade career in television.  It peaked in the late 50’s when she starred in NBC TV’s Dinah Shore Chevy Show, and sang “See the USA in your Cevrolet.”  Her career had taken off in 1940 when she  became a regular on radio’s Chamber Music Society of Lower Basin Street, as well as The Eddie Cantor Show.  Late in her career she hosted a series of daily TV talk shows. She won nine Emmys, a Peabody Award and a Golden Globe, before her death Feb. 24 1994 due to ovarian cancer at age 77.

On this day in 1932, Bing Crosby and the Mills Brothers teamed up to record “Shine” for Brunswick Records.

On this day in 1936, Fanny Brice brought her little girl character “Baby Snooks” to radio on “The Ziegfeld Follies of the Air” on CBS Radio. It was a role that would endear her to radio audiences for the next 15 years. Miss Brice was 44 at the time, and was known as America’s “Funny Girl” long before Barbra Streisand brought her even greater fame and notoriety nearly 30 years later.

On this day in 1948, Bellingham’s KPUG AM 1170, the Washington city’s 2nd radio station, signed on the air from its original studios on Sunset Drive.

On this day in 1956, “Blue Suede Shoes” by Carl Perkins on Sun Records made its first appearance on Billboard’s Best Sellers pop singles chart.

On this day in 1964, actor Frank Albertson, co-star (with Freddie Prinze) of the hit TV sitcom Chico & Man, died in his sleep at age 55.

Also this day in 1964, North America was in the grip of Beatlemania! “I Want to Hold Your Hand”, by the lads from Liverpool, was in its 5th week at #1 on the pop charts. It stayed there until March 21, when it was replaced by “She Loves You”, which was replaced by “Can’t Buy Me Love”, which was finally replaced by “Hello Dolly”, by Louis Armstrong, on May 9, 1964. 14 straight weeks of #1 stuff by the Beatles! Yeah, yeah, yeah…

Still in 1964,  The Rolling Stones, The Hollies and Bobby Vee were among the performers on the British TV music show ‘Thank Your Lucky Stars.’

On this day in 1968, the Beatles ‘Sgt Pepper’ won album of the year, best cover, best engineered and recorded album at the Grammy Awards. The 5th Dimension‘s “Up, Up and Away” won record of the year, and Bobbie Gentry won the best new artist Grammy, the first country & western star to do so. 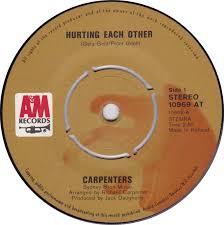 On this day in 1972, Karen and Richard Carpenter received a gold record for the hit single “Hurting Each Other”. When they tore the golden platter from its protective frame and plunked it on the player, they heard, “Hurt So Bad”, by Little Anthony and the Imperials. They were so upset by this that they ran out to the back yard and used the record as a Frisbee for the rest of the day. (Some of the preceding is based upon actual fact.)

Still in 1972, on the last date of an Australian tour Led Zeppelin played at the Festival Hall in Brisbane.

On this day in 1976, 10CC kicked off a 30 date UK tour at the Fairfield Hall, Croydon promoting their new album ‘How Dare You’. Also this week Eric Stewart had been nominated for a Grammy award in the US for his work on the ‘Original Soundtrack’ album.

On this day in 1980, the glasses that Buddy Holly had been wearing when he died were discovered in a police file in Mason, Iowa after being there for more than 21 years.  Also located was the Big Bopper‘s wristwatch.

On this day in 1984, British actor Roland Culver, who had a lengthy career in UK films, and played a memorable Duke of Omnium in TV’s The Pallisers (1974), died after a heart attack at age 83.

Also in 1984, “Sports,” the third album by Huey Lewis & the News, the recording that propelled the group to international popularity, was certified platinum.

On this day in 1988, the situation comedy “Day by Day” premiered on NBC-TV. It was one of the “yuppie sitcoms” that were all over the TV dial in the late ’80s. This particular one was about a suburban overachieving couple who dropped out and opened up a day-care center in their home to spend more quality time with their children. The quality time lasted just under five months.

Also in 1992, U2 kicked off the North American leg of their ‘Zoo TV Tour’, at The Lakeland Civic Centre Arena in Florida.

On this day in 1996, writer-producer Wes Farrell died of cancer at age 56. He was one of the writers behind ‘The Partridge Family’, and also wrote ‘Hang On Sloopy’, the 1965 hit for The McCoys.

Also in 1996, a television summit was held between U.S. President Clinton and broadcast industry representatives. At the meeting, the American television, cable and production community announced that it would establish and implement a voluntary rating system by January 1, 1997.

On this day in 2000, just fifteen minutes after the curtain went up, Sir Elton John stormed out of the debut of his new Broadway musical, ‘Aida’, complaining that his songs had been ruined. 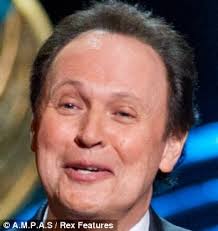 On this day in 2004, Billy Crystal hosted the 76th Academy Awards on ABC TV. It was the first Oscar telecast to utilize a 5-second delay to delete profanity.  Lord of the Rings, The Return of the King swept all eleven nominations, including Best Picture. Sean Penn and Charlize Theron won lead acting awards.

On this day in 2012, teen idol Davy Jones of the early rock group The Monkees was pronounced dead of a severe heart attack due to coronary artery disease, at age 66.

Actor Edward Faulkner (Gunsmoke, The Virginian, Have Gun Will Travel) is 21 (born 1932).

Olympia, WA-born singer Gretchen Christopher of the Fleetwoods is 19 (born 1940).