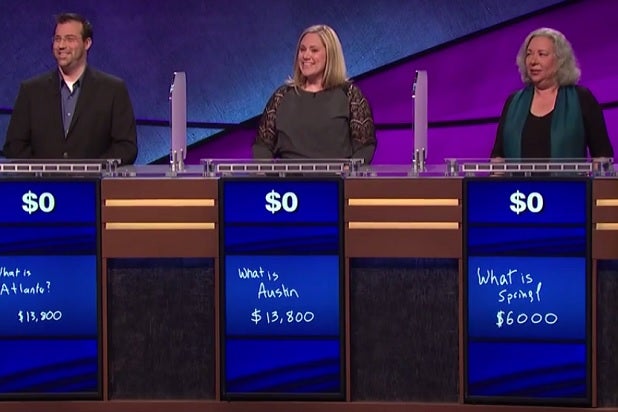 Of all the things for the Internet to be outraged about today, we couldn’t have guessed this answer with a million questions and a quick buzzer thumb.

A recent rule preventing Canadians from trying out for the hit game show “Jeopardy!” has been making the rounds Monday morning — and making waves across the Web.

“At this time we are precluded from accepting registration information from Canadian residents,” a statement on the show’s FAQ page states. “We are currently evaluating this matter.”

The problem appears to be with the Canadian Anti-Spam Legislation, or CASL.

As the National Post explains it: The 2014 legislation bans “unsolicited commercial email, the installation of software without consent, deceptive online marketing, harvesting email addresses in bulk and collecting personal details with spyware.”

Here’s what “Jeopardy!” producers told TheWrap: “As international laws governing how information is shared over the Internet are ever-changing and complex, we are currently investigating how we can accept registrations from potential Canadian contestants. The ‘Jeopardy!’ Adult, Teen and College tests have already taken place this year, and we are making every effort to find a solution before the next round of testing is available.”

In the ultimate of ironies, “Jeopardy’s” iconic host, Alex Trebek, is from Greater Sudbury, Canada.

“Thanks for today’s article which brings attention to an issue affecting my native country and the show I love. It is true that for the most recent ‘Jeopardy!’ contestant tryouts, Canadians were precluded from taking the online test, since the show must now comply with new rules set down by the Canadian government. However, people are in our contestant pool for 18 months, and we have featured several Canadians as contestants on Jeopardy! this season (at least 7 at last count), including one who will appear this Monday, Feb. 22, and two more who have already taped for appearances in March. We have had many Canadians as contestants throughout the history of the show, and we hope that will continue, because Canadians make great game show contestants. We look forward to having more try out as soon as we are sure we can comply with all Canadian online privacy laws.”

Read more about the show’s test and eligibility requirements here — just, not you, Canadians. Maybe next year.