.
TheRebel.media turned one year old on Monday, and Alberta Premier Rachel Notley got Ezra Levant and his website the birthday gift he’s always wanted: martyr status. Journalists typically cringe when they become the story. For the self-styled Rebel commander, victimhood appears to be one of his favourite sorts of stories; the opening montage of his Ezra Levant show features clips of him chasing an uninterested David Suzuki with questions and talking tough at his own Alberta Human Rights Commission hearing, not so much what others say in reply.

.
That Notley’s office has declared his correspondents are banned from Alberta media lockups and press events is a gift that keeps on giving for Levant. It’s brought massive attention to the conservative commentary site Levant formed in the ashes of Sun News Network, and has a petition that’s easily convertible to his mailing list.

NOTLEY IS A BULLY 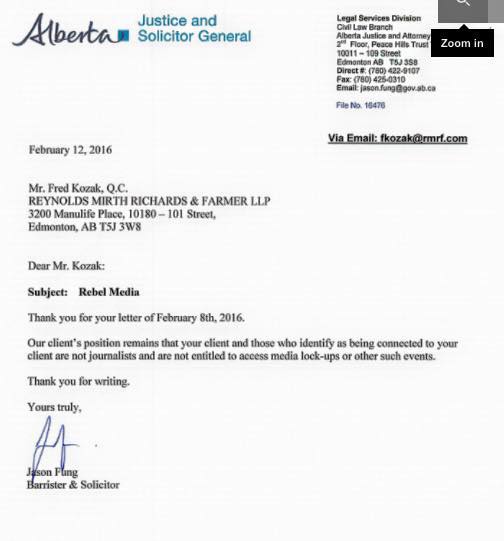