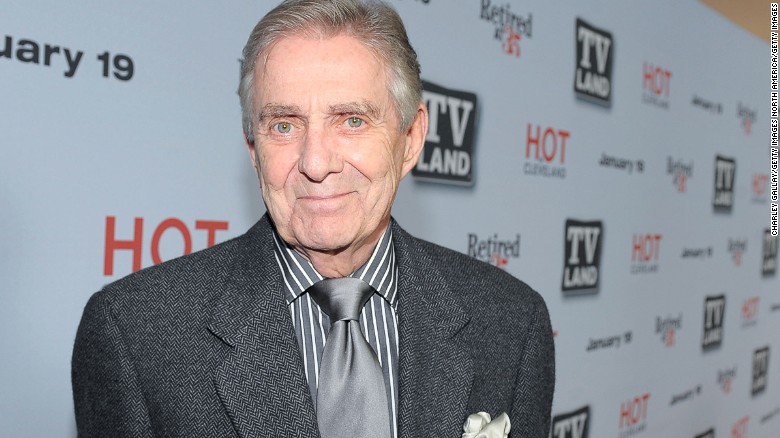 Pat Harrington, here in 2011, played Schneider on “One Day at a Time.”

Pat Harrington played the breakout character, a superintendent, on “One Day at a Time”
Comedian and actor had long and varied career, with lots of guest spots, voice-overs

(CNN)—Pat Harrington, the popular comedian and voice-over talent who made a lasting impact as superintendent Dwayne Schneider on the hit sitcom “One Day at a Time,” has died, according to his agent. Harrington was 86.

“We have all lost a gracious human being who will always be remembered for his portrayals of the human condition,” Phil Brock of the Studio Talent Group said in a statement. “Pat had the ability to bring laughter and kindness to any role. The twinkle in his Irish eyes let you know that you were in on the joke. His was an extraordinarily impactful long lasting career.”

“Dear Friends, it is with the most unimaginable pain and sadness, that I tell you my father, Pat Harrington, Jr. passed away at 11:09 PM this evening,” she wrote, accompanied by a picture of her father as Schneider. “We were all with him today and tonight: crying, laughing and loving him. This is the single most heart wrenching and physically painful thing, I’ve ever had to endure.”

She added, “My heart is broken to pieces and I will cry and cry until I just won’t. Love to you all! And as we head into this year, never be afraid to tell the people you love, that you love them.”

Harrington hit it big as a comedian in the 1950s, part of “Tonight Show” host Steve Allen’s group of “Men on the Street” (which also included Tom Poston and Don Knotts).

READ THE REST OF THE STORY  HERE  AT CNN.com