portly character actor Sydney Greenstreet was born in England. Though most of his career was spent on the stage (he didn’t appear on film until The Maltese Falcon when he was 62) he made considerable impact on radio in the role of rotund detective Nero Wolfe.  He died Jan 18, 1954 of diabetes & Bright’s Disease at age 74. 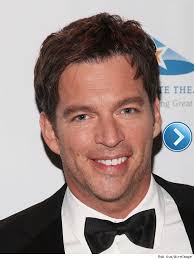 Guitarist Mick Jones of Foreigner is 71.

Actress Barbara Crampton (Bold & the Beautiful, Young & the Restless) is 57.

Actress Eva LaRue Callahan (CSI: Miami, All My Children) is 49.

Guitarist Matt Slocum (Sixpence None The Richer) is 43.

Actor Wilson Cruz (My So-Called Life, Party of Five) is 42.

Actress Elizabeth Rodriguez (Orange is the New Black, All My Children) is 35.

Ontario-born actress Sitara Hewitt (Little Mosque on the Prairie) is 34.

Actress Emilie de Ravin (Once Upon a Time, Lost, Roswell) is 34.

Ontario-born actress Jessica Harmon (iZombie, Battlestar Gallactica: The Face of the Enemy, Choose Your Victim) is 30.

Singer Hayley Williams of Paramore is 27.