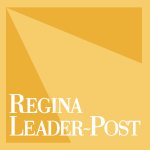 “My life is over,” thought young Carl Worth.

He’d been raised in Winnipeg and now, because his father, an accountant with the CNR, had a new job, the family was in Dauphin. It was 1964.

Turned out it wasn’t so bad. Worth could pick up radio signals from the Manitoba capital — and from the U.S., too — feeding his fascination with commercial radio and its personalities.

Even better, a school career night got him into the studio of the local radio station, CKDM 730. And at 16, he was hired to do a Sunday morning shift at the station, playing religious music and “reading a bit of news.”

“Nobody ever sets out to be a news director,” chuckled Worth, who retires Friday from that post at CTV Regina. He’s leaving as CTV’s parent, BellMedia, cut a reported 380 positions across the chain.