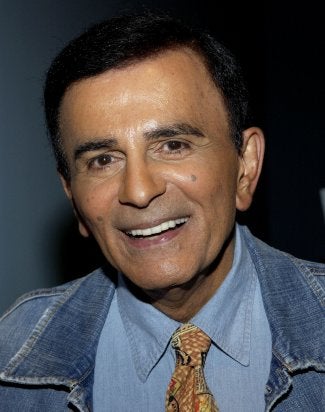 The lawsuit filed Wednesday in the Los Angeles Superior Court accuses Jean of inflicting emotional distress on Kasem’s children from a previous marriage by restricting access to their father before his death in 2014.

“Casey’s early death occurred as a direct and proximate result of Jean’s neglect and physical abuse of Casey,” the lawsuit states.

The radio legend died on June 15, 2014, in Gig Harbor, Washington, at age 82. He was suffering from a form of dementia and a severe bedsore at the time of his death.

Kerri, Julie and Michael Kasem are joined in the lawsuit by their uncle, Mouner. The family members are seeking more than $250,000, although a jury would have to decide any damage award.

“We would rather see her in jail than receive one dime,” Kerri Kasem said, according to the Associated Press. “We don’t care about the money. We care about justice.”

The family claim that the “American Top 40” host’s health was stable when Jean took him on a seven day journey from Santa Monica, California, to Washington state but when they returned, he had a massive bed sore that was deeply infected, according to the documents obtained by TheWrap.

The 28-page lawsuit claims that Kasem’s death resulted from a staph infection, UTI and sepsis, which were all brought on by Jean’s neglect.

It also states that in the months before Kasem’s death, his wife repeatedly left him in various hospitals for days despite the fact he was ready to be discharged. The lawsuit also details numerous confrontations about Kasem’s care, and it states Jean transported his body to Norway where it was buried in an unmarked grave despite Kasem’s wishes to be buried at a cemetery in Los Angeles.