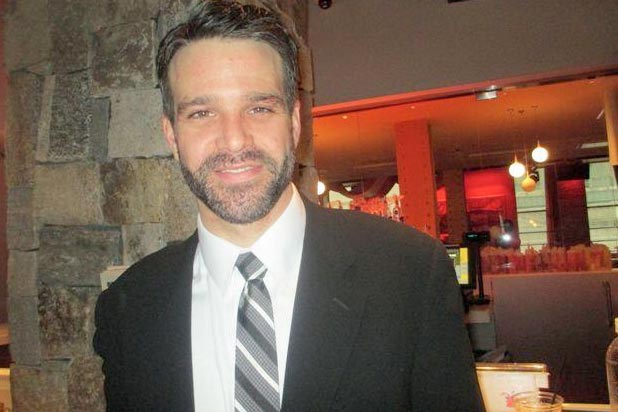 The actor was seriously injured in a car crash on Oct. 30 that left him paralyzed
.

Nathaniel Marston, an actor on “One Life to Live,” has died after being involved in a devastating car accident last month, his mother, Elizabeth Jackson, posted on Facebook Wednesday. He was 40.

The crash occurred outside of Reno, Nevada, on Oct. 30 and left the ABC soap star with back injuries and his neck broken in several places, along with “other internal injuries” including a collapsed lung.

“My beloved and cherished son, Nathaniel Marston, who was putting up the good fight until last night was not able to continue due to the traumatic and devastating nature of his injuries,” his mother wrote at around 7 p.m. PT Wednesday. “Nathaniel passed away peacefully as I held him in my arms.”

Marston underwent surgery on Nov. 4, but it did not go as planned, his mother said in an earlier social media post. He was left in critical condition, fighting pneumonia, a heart infection and irregular pulse, and Jackson said doctors predicted that he would most likely live out his life as a quadriplegic.

“His injuries, which Dr.’s did their best to heal were not responding to treatment and one after another his bodily functions failed to support his life,” his grieving mother revealed in her heart-wrenching post announcing his death. Had he survived, he would have needed a ventilator and would not have been able to speak or walk, she explained.

Jackson went on to thank her son’s fans for helping her through the “worst two weeks of my life,” and said their prayers and love “have held all of us up giving us the strength to get through each hellish day.”

Marston played Eddie Silva on “As the World Turns” from 1998 to 2000, earning a Soap Opera Digest Award nomination as Outstanding Male Newcomer. He later picked up another nomination for his role as Michael McBain on “One Life to Live.” He left the soap in 2007.

Born in Torrington, Connecticut, Marston moved to Kauai, Hawaii, with his mother at age three and then later to California. He began acting after being discovered by an agent for William Morris while working in a Beverly Hills bakery. He went on to star in a number of commercials before winning film roles in “Love Is All There Is,” co-starring Angelina Jolie, and “The Craft.”

READ THE REST OF THE STORY  HERE  AT TheWrap.com WEBSITE