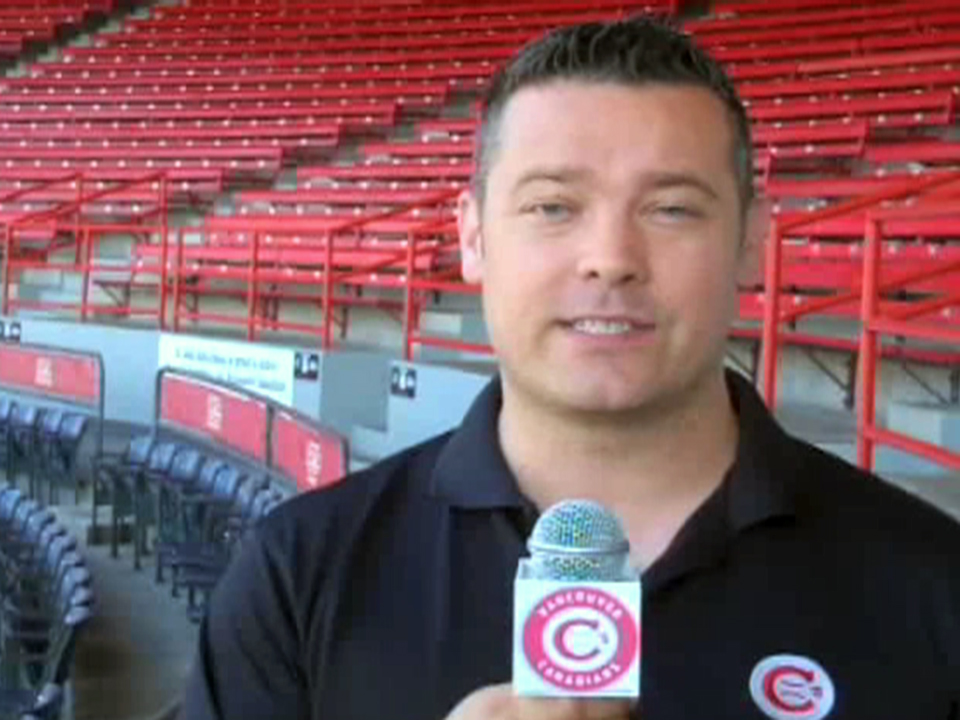 A few weeks back we learned that Rob Fai was leaving his post as play-by-play voice and general PR coordinator with the Vancouver Canadians baseball club to join UBC as the media relations guy for Thunderbird athletics.  He first joined the Canadians in 2007.

However, this morning, the must-read Dr. Sport (Greg Douglas) column in the Vancouver Sun reported that Rob had quickly changed his mind.

“Some 2½ weeks into the job, Rob Fai knew he made a mistake leaving the Vancouver Canadians to join UBC’s athletic department as senior manager of communications. He dispatched a six-word text to C’s president Andy Dunn that read: “You were right; I was wrong.”

Today Fai is back at his baseball office high above home plate in Nat Bailey Stadium’s press box. Dunn hadn’t quite closed the door in finding a replacement for the team’s play-by-play broadcaster and media liaison of nine years. Fai has resumed putting the final touches to the Canadians Baseball Foundation Hot Stove Luncheon to be held Jan. 29, when management and players from the C’s parent Toronto Blue Jays make an annual appearance.”

READ MORE  HERE  AT THE DR. SPORT COLUMN IN THE VANCOUVER SUN