On this day in 1907, actress & broadcaster Arlene Francis was born in Boston. She had 25 Broadway shows on her resume, a local New York radio show, and hosted NBC-TV’s Home show, but was best known as a panelist on Goodson-Todman’s “What’s My Line”, 1950-75. She died May 31, 2001 in San Francisco at 93 after a long bout with Alzheimer’s and cancer.

On this day in 1911, entertainer Will Rogers Jr 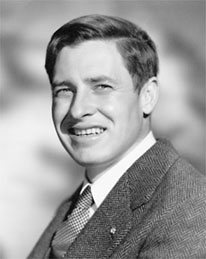 was born in New York. He acted in movies, sometimes portraying his father, and on TV in guest roles.  He hosted the Pioneers series of Death Valley Days in 1960.  He committed suicide July 10, 1993 at age 81.

On this day in 1913,
actor Barney Phillips

was born in St Louis.  His 30 years of TV  is highlighted by a co-starring role with Jack Webb for a year of Dragnet (radio & TV.) He had running roles in Twelve O’Clock High, Dan August, Jabberjaw & the Betty White Show.  He died Aug. 17 1982 at age 68.

Also on this day in 1913, Country Music Hall of Famer Grandpa (Louis Marshall) Jones was born in Kentucky.  A longtime member of the “Grand Ole Opry” he is best remembered for his years on TV’s Hee Haw.  He died Feb. 19 1998 at age 84, several weeks after suffering a stroke.

On this day in 1922, one of the great faces of film & TV, John Anderson was born in Illinois.

He was a favorite of western casting directors, beginning as a regular on The Life & Legend of Wyatt Earp in the 50’s, and numerous appearances in Gunsmoke. He died Aug 7 1992 at 69, following a heart attack.

actor Herschel Bernardi was born in New York City. As well as an active Broadway & film career, he had many TV credits over 30 years, including the lead in the series Arnie, and a regular on Peter Gunn, the Jetsons and Hail to the Chief. He is perhaps best known as the voice on the Charlie the Tuna commercials.  Herschel died May 9, 1986 at age 62. 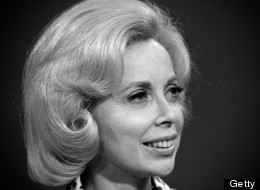 On this day in 1930, one of the most memorable radio shows, The Adventures of “Sherlock Holmes”, was first heard on the NBC Red network. It featured William Gillette in the title role .. a part he first played in 1899 … on the stage, not the radio, of course..

On this day in 1935, Tony-winning actor Jerry Orbach

was born in New York City. After an extensive Broadway career he became internationally famous with the lead role on TV’s Law & Order.   He died Dec. 28 2004 from prostate cancer at age 69.

On this day in 1939, a fine ballad from the “American Songbook”, All the Things You Are was recorded by the Tommy Dorsey Orchestra — for the RCA Victor label. Jack Leonard was the featured vocalist.

On this day in 1942, actor Earl Hindman was born in Bisbee Arizona. He is well remembered as the neighbour Wilson whose face was always half hidden on TV’s Home Improvement.  He succumbed to lung cancer Dec 29, 2003 at age 61.

On this day in 1945, the quiz show Break the Bank debuted on Mutual radio.  With contestants routinely winning as much as $3,000, It became known as the “highest paying quiz program in the world.”

CBS program, “See It Now”, focused on Lt. Milo Radulovich and sought to disprove the ‘guilty by association’ position of Radulovich during the McCarthy hearings. The network and  sponsors refused to promote the show because of the controversy. As a result, Murrow purchased his own ads to promote the show.

On this day in 1954, singer LaVern Baker recorded “Tweedlee Dee” in New York. It became her first major hit.

most popular hits, “Day-O’ ” was recorded — for RCA Victor. Day-O didn’t make it to the pop charts for over a year until its name had been changed to “The Banana Boat Song (Day-O).”

On this day in 1960, Roy Orbison had his first UK No.1 single with ‘Only The Lonely’ and his first of 33 hits. The song was turned down by The Everly Brothers and Elvis Presley, so Orbison decided to record the song himself.

On this day in 1961, Bob Dylan began recording his self-titled debut album for the Columbia label.  He finished it the next day.

On this day in 1962, the soon-to-be-smash hit “Big Girls Don’t Cry” by the Four Seasons was released. Also this day in 1962, with Halloween just around the corner, Bobby “Boris” Picket and the “Crypt Kickers” reached the top of the charts this day (for two weeks) with
The “Monster Mash”. 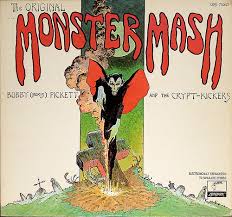 YouTube Presents, Bobby “Boris” Picket
http://www.youtube.com/watch?v=0thH3qnHTbI
The song had been banned by The BBC in the UK, deemed offensive.

Still in 1962, Peter Paul and Mary went to No.1 on the US album chart with their self-titled debut album.

Again this day in 1962, country singer Leroy Van Dyke, whose “Walk On By” had just spent 19 weeks as the #1 country single, and was later labelled  by Billboard as the biggest country record in history, was inducted as a member of the Grand Ole Opry.

On this day in 1963, the Rolling Stones recorded the first Mick Jagger/Keith Richards composition, “That Girl Belongs To Yesterday.” The song was also given to US pop singer Gene Pitney who had a modest hit with it.

On this day in 1965, The Beatles received a Gold Record for the single, “Yesterday”. This track marked the first time a cello had been featured in a pop hit.

Also in 1965, The Beatles recorded “We Can Work It Out,” which took 11 hours and untold takes before everyone was happy. 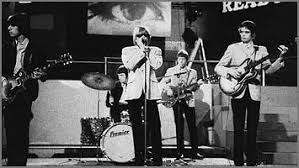 On this day in 1968, The Yardbirds performed for the final time together in a concert at Liverpool University.

On this day in 1969, The Who played the first of six nights at New York’s Filmore East, performing a two-hour show featuring the songs from ‘Tommy.’

Also in 1969, John Lennon released “Cold Turkey,” his own composition backed by the Plastic Ono Band.

On this day in 1971, RCA Victor released Elvis Presley‘s second album of Christmas and holiday songs, “Elvis Sings The Wonderful World Of Christmas.”

On this day in 1973, radio & TV news focused on Washington DC 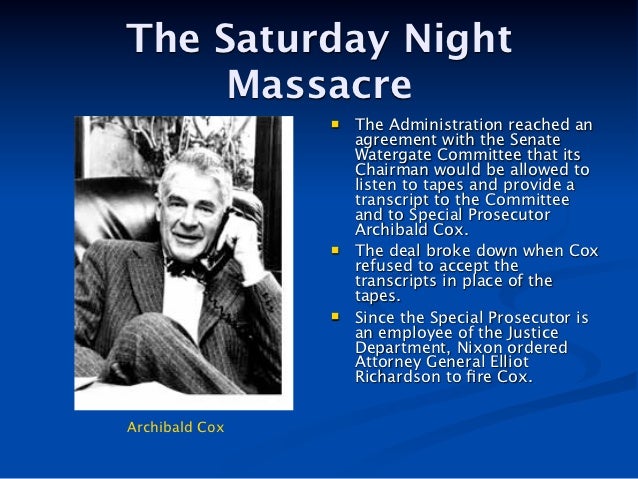 Still in 1973, the song “Angie” by the Rolling Stones topped the charts, the group’s 7th US No. 1.  It was allegedly written about David Bowie’s then-wife.

Again in 1973, The Steve Miller Band released their future US #1 single “The Joker,” which featured a wolf whistle played on a slide guitar.

On this day in 1977, three members of Lynyrd Skynyrd were killed in the crash of a privately-chartered plane in a swamp in Mississippi. The crash took the lives of lead singer Ronnie Van Zant, guitarist Steve Gaines and backup singer Cassie Gaines.

On this day in 1978, The Police opened their 23-date low-budget tour of North America at CBGB’s in New York. The trio had flown from the UK on the ‘no-frills’ Laker Airtrain, carrying their instruments aboard as hand luggage.

On this day in 1979, Bob Dylan appeared as the musical guest on NBC-TV’s “Saturday Night Live.” Many viewers were shocked with the radical new song choice inspired by his new fundamentalist Christian beliefs.

Also in 1979, the song “Rise” by Herb Alpert started a two week run at No.1 on the US singles chart, giving the co founder of A&M records his second US No.1.

Still in 1979, The Eagles started a nine week run at No.1 on the US album chart with ‘The Long Run’, the bands fourth US chart topper. 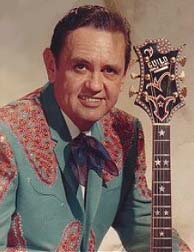 country singer Merle Travis died of heart failure at age 65.  Acknowledged as one of the most influential American guitarists of the twentieth century, he wrote ‘Sixteen Tons’ (1955 Billboard No.1) for Tennessee Ernie Ford.

On this day in 1992, the Madonna album “Erotica” was released, one day before her book “Sex” hit the bookshelves.

On this day in 1993, US Attorney General Janet Reno warned the TV industry to limit the violence in their programs. 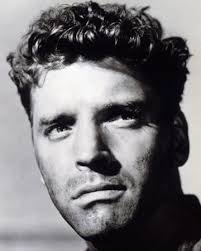 On this day in 1994, the great American actor Burt Lancaster suffered a heart attack and died at age 80.  His TV appearances were almost exclusively in the mini-series “Marco Polo”, “Verdi,” and “On Wings of Eagles“.

Also in 1994, in a surprise appearance, Bruce Springsteen and Neil Young took the stage during Bob Dylan‘s concert at New York’s Roseland Ballroom, to perform two songs with him, “Rainy Day Women #12 & 35” and “Highway 61 Revisited.”

Also in 1995, during her first UK tour Alanis Morissette appeared at The Garage, Glasgow, Scotland.

On this day in 1999, just a year after nearly dying from pneumonia, Johnny Cash found himself battling the condition again. Cash was listed in serious condition at Baptist Hospital in Nashville. 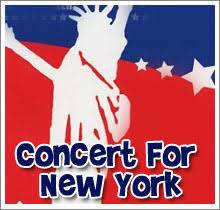 On this day in 2001, VH 1’s Concert For New York was staged at Madison Square Garden. The show opened with David Bowie and featured appearances by Mick Jagger, Eric Clapton, Elton John, The Who, Bono, The Edge (U2), John Mellencamp, Bon Jovi, Billy Joel andPaul McCartney. More than $30 million was raised to aid victims of the 9/11 terrorist attacks.

On this day in 2004, a turning of the page as ABC announced it was dropping the Miss America beauty pageant. The September 18, 2004, pageant drew a record low 9.8 million viewers.

Also in 2004, Courtney Love won a conditional discharge and was ordered to pay $2,336 in compensation after pleading guilty to disorderly conduct in a New York court. The charge stemmed from a March show where Love injured a concertgoer with her microphone stand.

who co-starred in TV’s Father Knows Best, died in Los Angeles at age 96.

Also in 2006, George Michael openly smoked a cannabis joint during an interview on a TV show. The singer was filmed backstage at in Madrid, Spain where the drug is legal. Michael said “It’s the only drug I’ve ever thought worth taking, this stuff keeps me sane and happy. But it’s not very healthy,”

On this day in 2008, Elton John performed a charity concert at the New Amsterdam Theatre in New York to celebrate the 35th anniversary of the American release of his classic double album, “Goodbye Yellow Brick Road.” Proceeds went to the fight against AIDS.

On this day in 2010, Death Cab For Cutie’s Ben Gibbard sang the Star Spangled Banner before Game 3 of the National League Championship series between the hometown San Francisco Giants and the Philadelphia Phillies. Gibbard’s wife Zooey Deschanel (She & Him) sang “God Bless America” during the 7th Inning Stretch. 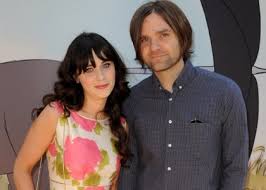 On this day in 2012, Aerosmith‘s anthem for the NFL’s New England Patriots was offered as a free download. “Legendary Child – Patriot’s Anthem,” was part of the Pepsi NFL Anthems program. “This is a program the band and I were excited to get behind as it is a true representation of our allegiance to the New England Patriots and the city of Boston,” said Aerosmith frontman Steven Tyler.

On this day in 2013, country singer-songwriter Leon Ashley died after a long illness at age 77. He made history in 1967 when he became the first person to have a No. 1 hit with a song he wrote, published and sang on his own record label, “Laura (What’s He Got That I Ain’t Got).” It became a favorite also recorded by Marty Robbins, Claude King, Kenny Rogers, Frankie Laine, Tom Jones, Hank Locklin and Brook Benton.

Actor William Christopher (MASH, AfterMASH, Days of Our Lives) is 83.

Singer Jay Siegel (The Tokens) is 76.

Actress Ashlee Levitch (The Simple Life, I’ll Fly Away) is 39.

Actor John Krasinski (The Office) is 36.

Actress Jennifer Nicole Freeman (My Wife and Kids) is 30.

Actress Rose McIver (Masters of Sex, Once Upon a Time in Wonderland) is 28.

Actress Galadriel Stineman (The Middle) is 25.

Actress Hunter King  (The Young and the Restless) is 22.