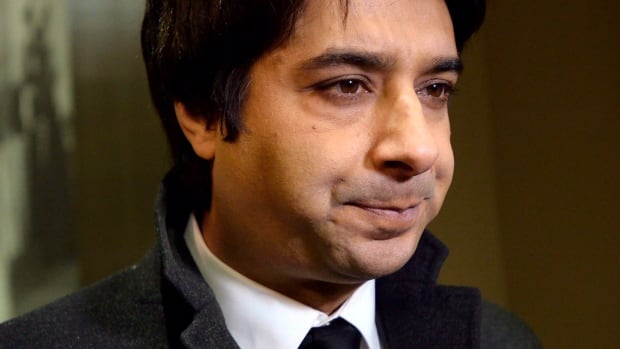 Thu Oct 1, 2015
by Reuters Canada
TORONTO (Reuters) – Disgraced Canadian radio host Jian Ghomeshi pleaded not guilty to sexual assault and choking on Thursday in a pretrial hearing that sets the stage for a high-profile trial over what Ghomeshi has said was consensual rough sex with a series of women.
.

Jian Ghomeshi, 48, the former host of Q, an internationally syndicated CBC Radio music and arts program, was fired by the Canadian Broadcasting Corp in October 2014. The CBC said it had seen graphic evidence that he had injured a woman in what Ghomeshi later said on Facebook were consensual sex acts involving bondage, discipline, sadism and masochism.

Toronto police charged the well-known former musician in November after several women came forward with complaints of sexual assault that had allegedly occurred over several years.

On Thursday, Ghomeshi appeared in person, accompanied by his lawyers, to plead not guilty to four counts of sexual assault and one count of overcoming resistance by choking.

Ghomeshi’s trial is scheduled to begin in February, and will be by judge only. He faces a separate trial for another count of sexual assault.

After the Ghomeshi scandal broke, an independent investigation slammed the national public broadcaster for ignoring Ghomeshi’s abusive behavior in the workplace because he boosted ratings.

The report in April by law firm Rubin Thomlinson, commissioned by the CBC, said Ghomeshi made inappropriate comments to colleagues, gave unwanted back and shoulder massages, played cruel jokes, and yelled at and shunned colleagues who displeased him, in addition to other offensive behavior.