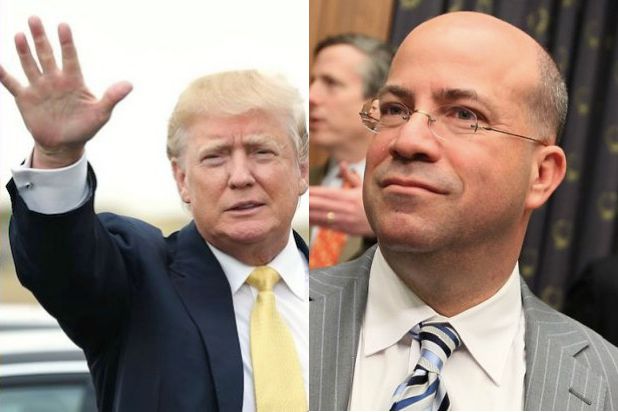 “We are not perfect,” network president says about coverage of GOP frontrunner at Thursday town hall, a network insider tells TheWrap

Jeff Zucker has guided his producers and talent to cover Donald Trump until the eyeballs start turning away. Apparently, his producers already want to.

At a network town hall on Thursday, producers complained about the obsessive coverage the network has given the GOP frontrunner, including airing full campaign rallies and an endless amount of segments dedicated to Trump.

One producer expressed concern that the network, as TheWrap first reported, bumped an Anderson Cooper special on the 10th anniversary of Hurricane Katrina last month to air a post-Trump-rally hour hosted by Don Lemon.

On overall Trump coverage, Zucker simply responded “we are not perfect,” the insider said. Responding specifically to the pre-empting of Cooper’s Katrina special, Zucker pointed to the fact that Cooper was on vacation when the special was scheduled to air.

“On Katrina he felt it was better to run it when Anderson was back anchoring,” the insider said of Zucker’s response. The CNN boss also defended the move by saying the ratings for the special were strong when it eventually aired.

But many at the network scratched their heads over the rationale since the program was pre-taped.

CNN will get a whole lot more of Trump in the next week as the network gears up for the GOP presidential debate it will air September 16.