Kenneth Howard “Kenny” Delmar was born in Boston.  He was an actor in radio, films, and animation. An announcer on the pioneering NBC radio news series The March of Time, he became a national radio sensation in 1945 as Senator Beauregard Claghorn on the Fred Allen program.  He had played multiple roles in Orson Welles’ 1938 sensation for CBS, The War of the Worlds.  NBC radio’s Cavalcade of America featured him in their repertory cast, and he also was heard as Commissioner Weston on early episodes of Mutual radio’s The Shadow.  Delmar died July 14, 1984 at age 73. 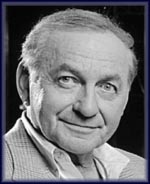 Shuster was a lifelong comedy partner of Johnny Wayne (1918-90). In World War II they wrote and performed for the Army Show, and by 1946 Wayne & Shuster had their own CBC radio program. They successfully made the transition to TV, and became 67-time regulars on the Ed Sullivan Show out of New York. Frank died Jan 13, 2002, twelve years after his partner.  He was age 85.

In 1938, the NBC Red network broadcast “Life Can Be Beautiful” for the first time. The 15-minute daily drama (read ‘soap opera’) was introduced as “an inspiring message of faith drawn from life.”  LCBB aired until 1954. 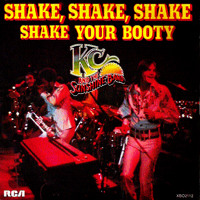 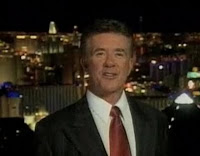 In 1986, after 23 years of “oohing” and “aahing,” laughing and kibitzing as host of various talk shows, Merv Griffin signed off his 90-minute syndicated program for the final time.

In 1988, the syndicated TV show “Live with Regis and Kathie Lee” aired coast-to-coast for the first time. 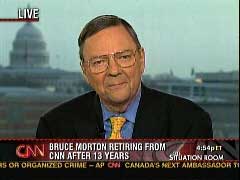 Actor George Lazenby (Batman Beyond, The Pretender) is 76.

Actress Raquel Welch (American Family, Welcome to the Captain) is 75.

Drummer Jamie Oldaker of The Tractors is 64.

Drummer Brad Wilk of Rage Against the Machine (and Audioslave) is 47.

Actress Davida Williams (As the World Turns, Lizzie McGuire) is 29.

Actress Caroline Sunshine (Shake It Up!) is 20.