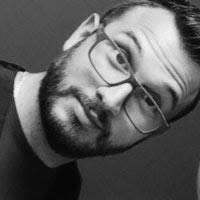 A Big Ego Is Crucial For Success

If you love a healthy debate then you’re just like me. I get excited at the idea of challenging norms. One heated conversation I often find myself having surrounds the importance of ego in exceptional performance. I am sure you can imagine the response I am greeted with when I casually drop into conversation “a big ego is crucial for success.” Often it is the General Manager in the station who immediately leaps to dismiss my point of view and strangely it seems the morning show personalities are more receptive to my proclamation. I – now – encourage others to consider and evaluate the ego of those they are bringing into their teams; “They do have an ego right? After all a big ego is crucial for success.”

There’s no question that ego has a bad reputation. It is common to hear the term ego portrayed only as a negative trait. You hear people complain about another person uttering the phrase “He has a huge ego.” How many times have you heard someone say “his ego is too big for the room” when someone loudly talks only about themselves? Often people who are boastful and arrogant are quickly labelled as egotistical which adds to the negative PR that ego receives. People are all too quick to protest; “I don’t have an ego!” But you do. Every one of us has an ego. It is simply part of who we are.

Don’t get me wrong, our ego needs to be managed well to avoid it becoming self-destructive and we’ll get to that later…

Statements like, “he has a big ego” should actually be seen as compliments, not insults. Having a big ego isn’t a bad thing; it’s essential for achieving peak performance. I read a quote that has always resonated with me: “To have a large ego does not imply arrogance, but demonstrates pride in our past and a confidence in our ability and our self-worth.”

Your ego is your sense of self-importance. The larger your ego, the larger your self-esteem. It is our ego that breeds our self-confidence, our drive for success and our optimism.

All champions have a big ego. Without a big ego they would never have reached their fullest potential and become champions. Consider Mohammed Ali who proclaimed “I am the greatest.” His supreme confidence is what helped him build his legacy. Many great athletes – and the world’s most successful people – believe they are the greatest. They have unwavering belief in themselves. Your talent with no belief won’t help you reach the greatness you were destined for. You must possess unquestionable self-confidence.

Your ego acts as an inner reserve; a powerful source of your past successes and experiences. People with big egos understand that there will be times when they are faced with uncertainty and when they are presented with obstacles that feel insurmountable but, it is at this moment that they can reach deep within themselves — into their inner reserve – and remind themselves of their accomplishments and what makes them great. Pulling on their past successes and knowledge to remind them of what they are capable of. It is their ego that propels them to keep moving forward.

People with big egos are better at confronting their fears. Fear prevents many people from taking action. They don’t seek that promotion at work because there’s a chance it may not work out. They opt not to openly speak their mind in case they are judged or criticized. They chose not to take risks in case they fail. These people are paralyzed by fear. People without big egos are hesitant to push themselves into the unknown. Someone with a big ego — that inner reserve of self-belief — doesn’t hesitate. They don’t doubt themselves. Their ego brushes any self-doubt out of their path and they take that next step forward.

However, there is a need to control your ego and not let it control you. Without the proper care an ego can be dangerous to one’s performance. It can create a ‘me-centered’ agenda that makes you overconfident, over ambitious, manipulative and dismissive of others. Some tell-tale signs that ego has taken control over you may include:

Having a big ego is crucial for peak performance but, it is up to us to ensure our ego remains healthy. Humility is the secret to a healthy ego. Humility has the power to keep us interested in others, and to seek their perspective and input in order to better ourselves. Humility prevents our personal needs from dominating every interaction and experience. Humility helps us see success as ‘we’ rather than ‘me.’ You need a big ego, but you need an equally big dose of humility to ensure your ego is a help and not a hindrance.

Having an ego is part of being human. I urge you to stop dismissing talented people because “they have an ego” and start seeing ego as a positive trait. Acknowledge that exceptional performance can’t be achieved without developing an ego; the best believe in themselves. Simply be wary of people who can’t control their ego; they’ll lack humility.

Other articles by Paul Kaye HERE