“This reflects the larger consumer trend that we see across all media, which is live consumption of any media, including television, shifting to on-demand, self-curated experiences.”

.
There are early indications that the digital listenership habits of the public radio audience are changing, as fewer people listen to live streaming audio and a growing number choose to tune in on demand.

Total live streaming hours fell 6 percent in the first quarter of 2015 from the year prior, according to data from NPR Digital Services, which monitored 239 different public radio streams. Meanwhile, on-demand listening — which for NPR includes podcasts and individual segments that were initially broadcast on air — seems to be growing by a few different metrics, NPR said. 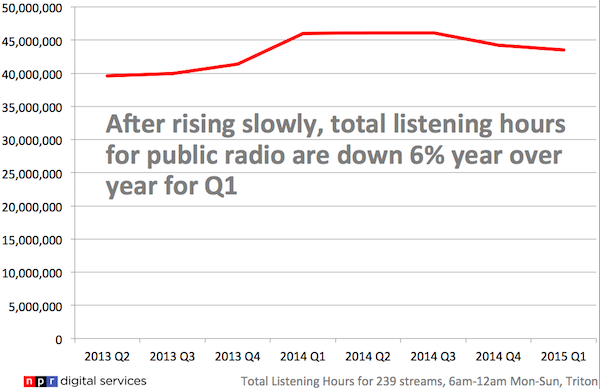