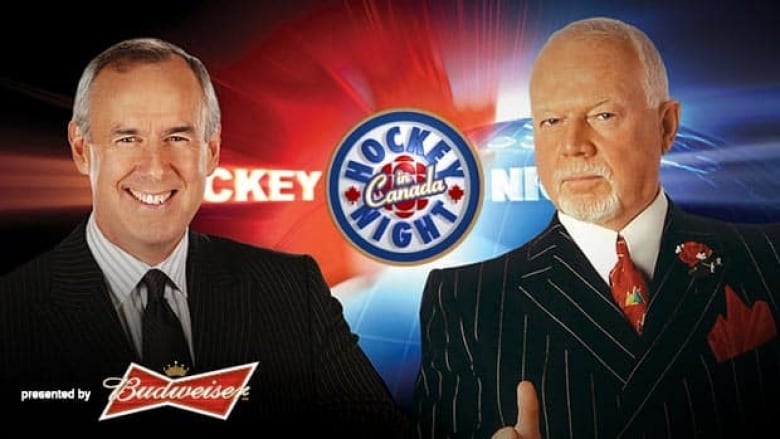 It’s been less than a year — eight months, if you’re only counting the actual NHL season — since Rogers Communications Inc. took over Hockey Night in Canada from CBC, but that’s all the time in the world Rogers needed to take one of the country’s greatest pasttimes and shatter the reputation it had held for over 50 brilliant years.

And maybe it didn’t even take this long for the program to be slaughtered. Maybe the handcuffs were clamped on to the wrists of faithful Canadian hockey fans months ago, before the season ever started and before Rogers was actually able to go on air.

Decisions made as the franchise switched over to Rogers were seemingly what affected the well-being, popularity and previous admiration so many people had for Hockey Night before. Because, as Rogers senior vice president of NHL production Gord Cutler explains, they knew they wanted to distance themselves from the program Hockey Night once was.

“I don’t think that we’re going to maintain all of the traditions from Hockey Night.” – Gord Cutler. National Post. Published: Sept. 29, 2014.

At the time, that was an absurd decision, and now, it feels more along the lines of ludicrous.

As Rogers continued their attempt to distance themselves from the success Hockey Night had seen on CBC, they couldn’t help but kick to the curb one of the features that made Saturday nights so exciting and entertaining.

Tim Thompson, the artist behind every exhilarating opening montage and emotional closing scenes, found himself on the outside looking in on Hockey Night’s production this season.

Fortunately, Thompson still works for CBC Sports and has been a part of the Montreal Canadiens organization this year, producing inspirational montages for their playoff run, but his presence is still dearly missed at the beginning of Hockey Night each and every game.

His work was one of the attributes that made Hockey Night so remarkable. It was the reason why you would crowd around the television at 6:59 p.m., turn up the volume to ear-piercing levels and sit with eyes wide open as the opening montage played. It never failed to induce goosebumps or chills down your spine. First, there was a short introduction.

“The following is a live presentation of Hockey Night in Canada in association with the National Hockey League.”

And then this would play.

But the people at Rogers didn’t feel the need to bring such a desired talent onboard with their production.

This is what they replaced it with.

A man with a bellowing voice, narrating using the cheesiest, most cringeworthy script ever?

Sounds more like the commercial to a bad Michael Bay film than the opening montage to a playoff game.

In an attempt to modernize their program, Rogers has, in turn, made Hockey Nightimpossible to take seriously.

Seeking to further remodel the program, Rogers introduced a new host in George Stroumboulopoulos. The former star of The Hour on CBC, Stroumboulopoulos was to replace Ron MacLean who had served as host of Hockey Night since 1987.

Stroumboulopoulos was younger than MacLean (13 years, to be exact), more trendy and had proven to be a fine host on his own talk show. So with that, the decision was made for MacLean to be forced to step down and take a less involved role. He was to only be seen alongside Don Cherry in Coach’s Corner and to help host the Sunday Hometown Hockey broadcast that had him travelling all over Canada.

Change can be refreshing in some circumstances, but when it’s clearly pushed onto a good thing, it seems entirely unnecessary.

Was MacLean unhappy with being the host of Canada’s most popular program? Very doubtful. Was he failing to reach the goals of Hockey Night’s overseers as a suitable host? Probably not. Has he made any poor choices on air that could be reason for his diminished role? Nope.

So then MacLean’s removal is, in its bare essence, an effort to be more “hip” and cater to a younger crowd.

Except the younger crowd grew up on a heavy dose of MacLean.

READ THE REST OF THIS RANT, INCLUDING THE FALLEN HNIC RATINGS, AND THE TIME SQUEEZE IMPOSED ON DON CHERRY, BY CLICKING  HERE

The Swift Decline of Hockey Night in Canada