Best remembered as Oliver opposite Eva Gabor on TV’s Green Acres & Petticoat Junction, he worked regularly in the medium for 50 years.  He had featured roles in the series Leave it to Larry, Nothing but the Best, Switch, War & Remembrance, General Hospital & Spider-Man. He died of pneumonia May 26 2005 at age 97.

In 1920, actor/quizmaster Hal March was born in San Francisco. He teamed for a time with actor Bob Sweeney & starred in the radio comedy show Sweeney & March.  Early in his television career he appeared on Burns and Allen, The Imogene Coca Show and I Love Lucy. However, he was best known as the host of CBS TV’s $64,000 Question from 1955 to 1958. As a result of the quiz show scandals, the show was canceled and March was out of a job for nearly a decade. He started hosting another show, It’s Your Bet, in 1969, but was diagnosed with lung cancer and died Jan 19 1970 at age 49. 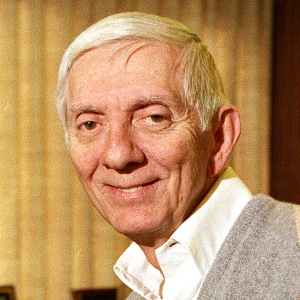 In 1954, the Army-McCarthy televised hearings that eventually helped bring down the red-baiting Senator Joseph McCarthy (above, left), debuted in glorious black-and-white.  ABC TV, which didn’t have much daytime programming anyway, became a ratings hit with its wall-to-wall coverage.

In 1978, Grampa Walton in the longrunning CBS-TV family series “The Waltons,” actor Will Geerdied from a respiratory ailment at age 76. 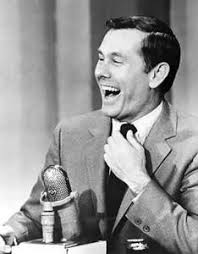 In 2005, an anonymous bidder purchased the microphone that sat on Johnny Carson‘s desk. The final price was $50,787.

Singer Paul Carrack (Squeeze, Mike and the Mechanics) is 64.

Actor Bruce A. Young (The Sentinel, ER, General Hospital) is 59.

Seattle-born actor Ryan Stiles (The Drew Carey Show, Whose Line Is It Anyway?) is 56.

Edmonton-born actress Catherine Mary Stewart (Days of Our Lives, Hearts Are Wild) is 56.

Montreal-born actor Chris Makepeace (Christmas in My Hometown,  The Undergrads) is 51.

Bassist Shavo Odadjian of System Of A Down is 41.

Singer-guitarist Daniel Johns of Silverchair is 36.